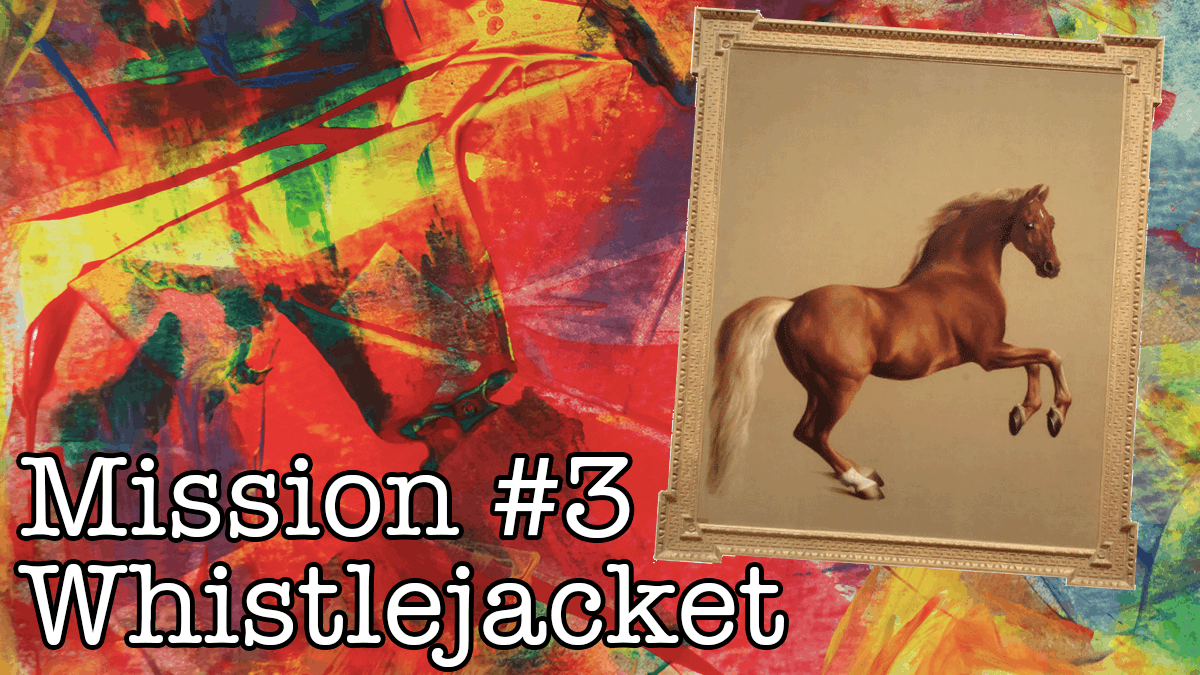 The horse in the painting is called Whistlejacket, he was chestnut thoroughbred stallion with a golden mane and tail and was a very famous racehorse.

Whistlejacket was born in 1749 and named after a medicine for colds made from treacle that was around at the time!

Whistlejacket was a very good racehorse, he only lost four times in the ten years he was racing!

It was painted by an artist called George Stubbs who was known to be very good at painting horses.

What’s so special about this painting?

One reason it’s an impressive painting is because it’s very tall, it stands at 3 metres!

It’s also a little different to other paintings of horses at the time. Most other artists would have very detailed backgrounds in their paintings but here Stubbs has just used a very plain tan colour which almost makes it look like the horse is leaping out the page.

One of the biggest reasons this is such a famous painting though is that the horse looks very life-like. It looks so realistic you can see the muscles and veins under the skin!

How was George Stubbs able to paint the horse so life-like?

He lived in a farmhouse in France for a while with a large barn where he could study the bodies of dead horses. He would put the horses into poses and then peel back the skin and flesh all the way back to the skeleton. Yuck!

It may sound really gruesome, but it meant that Stubbs was able to make really detailed sketches of the anatomy of the horses. This is one of the reasons why his animal paintings look very realistic.

Was Stubbs a bit weird for painting from dead horses?

Not back then, he wasn’t even the only artist to use autopsies to get detailed drawings and studies of animals.

Leonardo Da Vinci was another famous artist from the past and he used to take out dead bodies from graveyards and dissect them to get really detailed anatomical studies and drawings! He actually made loads of really helpful scientific discoveries about the human body this way.

Check back tomorrow for another mission all about a famous painting