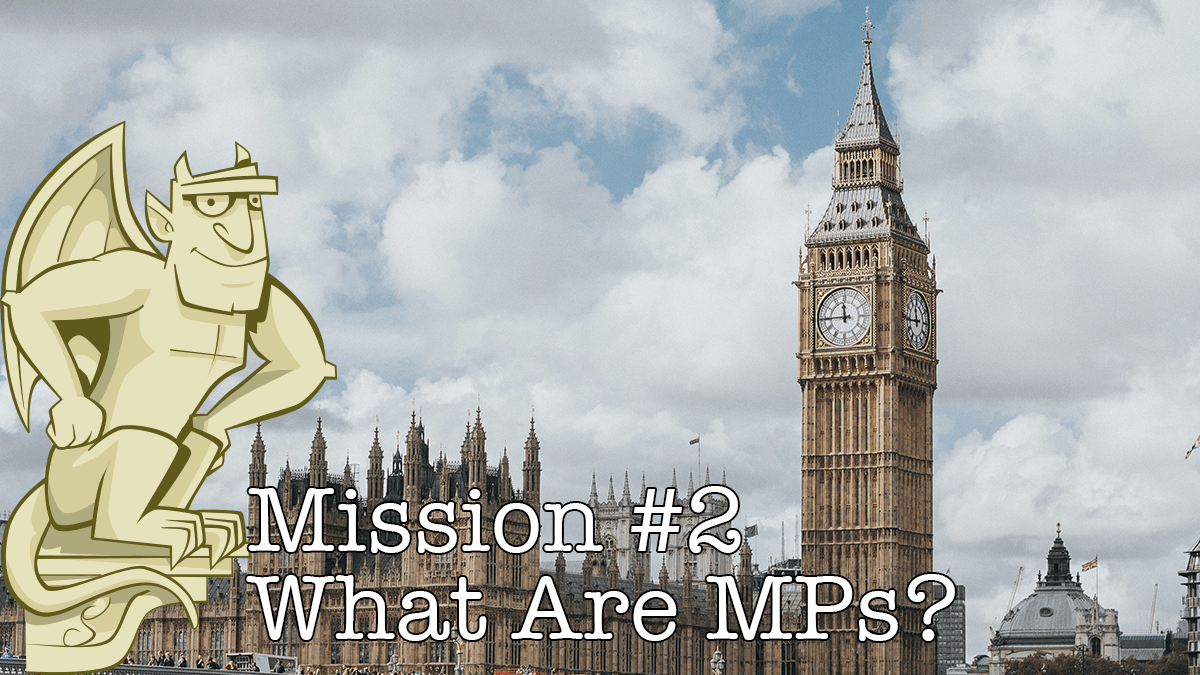 He gets to see all the goings on with the UK government and is always keen to talk about how it all works.

After that you should have a better idea about what an MP is and does.

What is an MP?

An MP is a member of parliament – that’s what MP stands for.

It’s a bit like being a member of a club, like Cubs or Brownies, but instead of just signing up you have to be elected in order to get in.

That means that you can’t just join parliament, people need to vote for you to become a member!

How does being an MP work?

The UK is divided up into hundreds of different areas that we call ‘constituencies’.

People who want to look after a constituency, and represent them in parliament, have to stand up for election.

Local people who live in that constituency vote for who they want their MP to be. The person with the most votes becomes that areas MP and represent the interests and concerns of the local people.

What does an MP do?

An MP will split their time between parliament in London, where the country is run from, and their constituency. Given that the whole country is split into constituencies that can mean a lot of travelling if yours isn’t near London!

They’re involved in a lot of local activities and are generally involved in the community – for example they may be at your schools sports day. Being around means that people can talk to their MP, asking them questions about parliament and tell them things that are worrying them.

Lots of MPs will hold MP surgeries. That’s basically when members of the public can come to the MPs office to tell them their problems. They might have a complicated legal problems or be worried about housing or maybe a new supermarket is being built by them and they’re worried there will be too much traffic around their house now.

People tell their MP problems as they can then represent these issues and concerns in parliament.

In London an MP might have an office in Portcullis House so they can do their work while in London.

For example, there might be a plan to build sports centres in the MPs constituency. They can now voice the concerns and demands of locals so that everyone is happy with the plans.

MPs also spend a lot of time in The House of Commons. You may have seen this place on TV. It’s where the MPs all meet to debate important issues and laws as well as voting on new laws.

Ask your parents for some help. If they don’t know then get them to help you look online.

Remember, this is the person who represents everyone who lives where you live in parliament.

Once you’ve found out who your MP is then let us know who yours is in the comments below!

Check back tomorrow for another mission all about the government