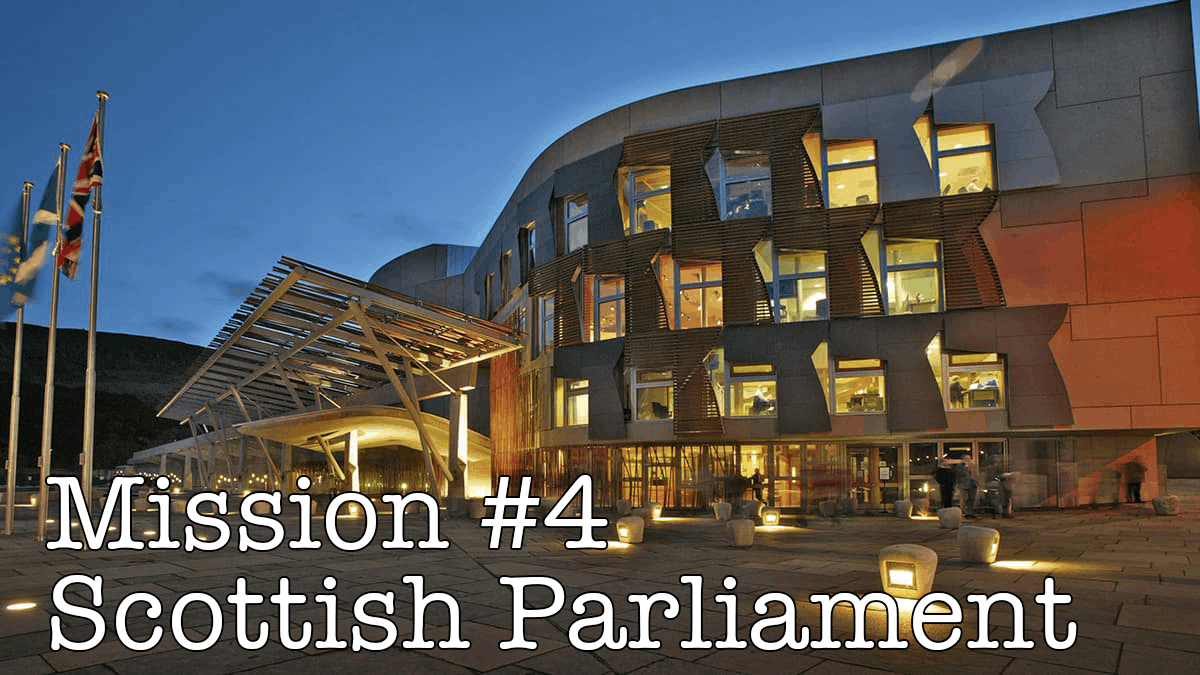 So far this week we’ve heard lots about the parliament in London that makes lots of decisions about what happens in the country. But there is another parliament in the UK, Scottish Parliament.

Where is the Scottish Parliament?

It’s at a place called Canongate in Edinburgh.

Has Scotland always had it’s own Parliament?

No it hasn’t, until 1999 Scotland had the same parliament as England and so both countries just used the parliament in London.

So how did Scotland come to have it’s own Parliament?

To understand the story of Scotland’s Parliament we need to look back about 900 years ago when the king of Scotland, King David I, ordered that a new Abbey be built in Canongate Edinburgh (that’s where Scottish Parliament is today) 900 years ago. The abbey was called Holyrood Abbey.

The ruins of Holyrood Abbey are still there.

in 1501 James IV of Scotland made an entire palace next to the Abbey. He was getting married at the time so he probably did it to impress his new queen.

It was called The Palace of Holyroodhouse and for many years the palace was used as a base for important matters of state.

The palace stopped being the main place where matters of state were dealt with in 1707 when the Treaty of Union was signed.

The Treaty of Union meant that Scotland and England would have one parliament based in London, this is the same London parliament that stands there today.

England and Scotland both used the London parliament for 200 years but in 1997 Scotland had a referendum, that means a vote, on whether the people of Scotland wanted their own parliament.

The people voted yes and so Scotland got it’s own parliament in 1999.

How does Scotland having it’s own parliament work if Scotland is still in the UK?

Well Scottish parliament deals with issues and laws that effect all sorts of things like what’s taught in schools, how many hospitals should be built, housing, transport, farming etc. These are all called ‘devolved matters’ and are matters that Scotland now deals with on its own.

Some things that affect more than just Scotland on its own, like foreign policy and what the army does, are called ‘referred matters’ and are handled by the UK parliament in London.

Check back tomorrow for another mission all about government.

Playing: the stars by chelsea cutler