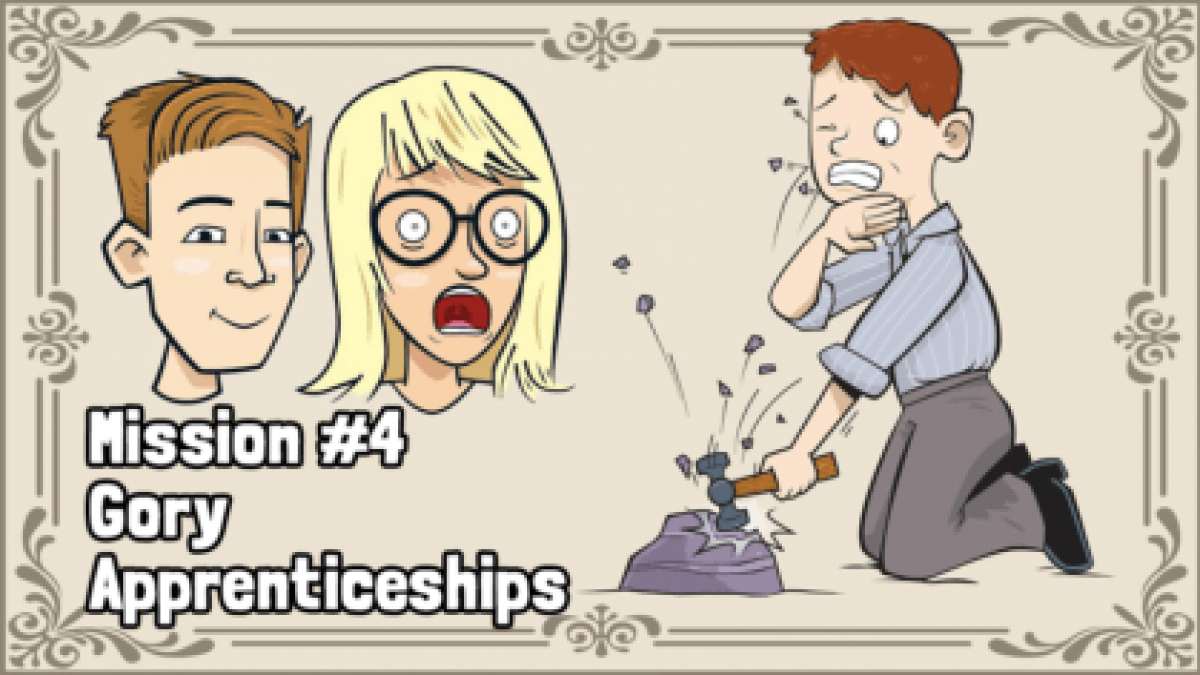 You should have a good idea of what gory apprenticeships kids had to do back then.

What is an apprentice?

An apprentice is someone who learns a job by doing it and training with a person who already does that job.

You may have heard of them as they’re quite common today.

People can be an apprentice to learn to be all sorts of jobs like plumbers, electricians and carpenters.

Being an apprentice is really good as you can learn how to do a job while being paid to do it.

So what were apprenticeships like back in the Victorian days?

They were much worse then they are now.

Whereas now you have to be at least 16 to be an apprentice (because it’s the law to be in school until you’re 16), back then there was no law to keep you in school so kids could become an apprentice at almost any age.

Another difference is that apprentices today get paid.

Back in Victorian days an apprentice would get food and somewhere to sleep but they wouldn’t get paid until they were 16!

Why did Victorian kids become apprentices?

They did it because it was a way to get a skilled job like a barber, or dress maker. Otherwise they might end up doing a job like sweeping the street or working in a factory.

They also did it as many families were so poor that sending a kid off to be an apprentice ment there was one less mouth to feed.

What sort of apprenticeships would kids do and what made then gory?

Here are some examples of apprenticeships Victorian kids would do:

You might think that cutting hair isn’t that bad but back in the Victorian era that wasn’t all a barber would do.

They would also perform operations on people. For example, if your foot was infected and you needed it chopped off then the barber would do that for you.

Medicine was not like it is today, if you were to chop someones foot off, they would usually be awake when you did it and they would scream their head off!

A great job if you like to take your shoes and socks off and climb into a barrel full of people’s wee and not even fresh wee – the best wee was a couple of weeks old.

Why would anyone expect you to do a disgusting thing like that? Well, when wool had just been woven it needs to be tightened up so it wasn’t floppy and didn’t unravel easily.

Treading the cloth in a mixture of ground clay and stale urine tightened it up and gave it a lovely finish.

If neither of those take your fancy then you could always become an apprentice at sea!

This was very dangerous as kids would get killed in loads of different ways at sea.

Some would get blown up carrying gun powder, some would be speared by pieces of wood if a cannonball hit the ship and some would get crushed by cannonballs rolling around on the deck if they got loose.

They would start kids working on the ships early too, some as young as 6!

Your mission is to complete this quiz about Victorian apprenticeships

Click here to see the next mission all about jobs kids had in houses!