This week our missions are all about how you plan a town and Agent Plan-it is helping us along the way! 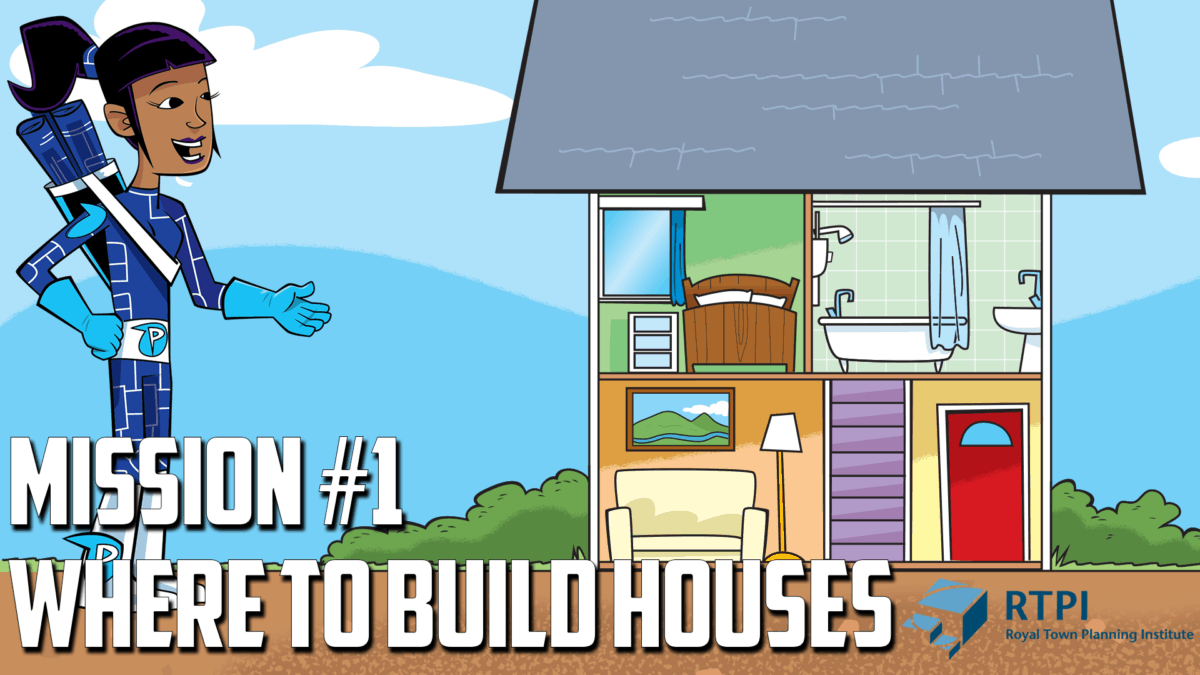 Who is Agent Plan-It?

She knows all there is to know about town planning and is helping us learn all about how to plan a town!

Watch this video about where you can build houses…

After that you should have a good idea about what where town planners can and cannot build houses.

Why do we need to build more houses?

More houses are needed because the population (that means number of people) is going up.

These people need places to live so we need to build more houses for them.

So where can we build houses?

One option is to build more houses in towns, cities and villages that already exsist.

You may have seen houses being built around where you live, this is making where you live bigger by increasing the number of houses and people in the area.

What if I want to build a whole new town rather then add to an old one?

You can do that. Sometimes it’s a better idea to find somewhere new to build rather then adding to a town or city that already exists.

So where can you build houses?

Well the first thing to know is that you can’t just build anywhere, you need permission. How easy it is to get permission depends on the type of land.

What are the different types of land?

A brownfield site is somewhere in a town or city that has already been build on before.

For example, places where factories used to be or old industrial estates are popular brownfield sites to build on.

These places are the easiest to get permission for as they have already had a building on it and they are usually derelict so it’s better to turn it into nice houses rather then leave it abandoned.

Greenfield sites are places that have never been build on before.

These are harder to get permission for because people like to preserve big green spaces and try not to build too much in the countryside and in nature.

Green belt is land that is protected and you are not allowed to build on it.

It’s called green belt as it usually goes around a town or city (like a belt) and is there to stop the town getting too big and ruining the countryside around it.

Click here to see the next mission all about floods!

Playing: it's my time (from "the lodge") by cast of the lodge

This week our missions are all about how you plan a town and Agent Plan-it is helping us along the way!