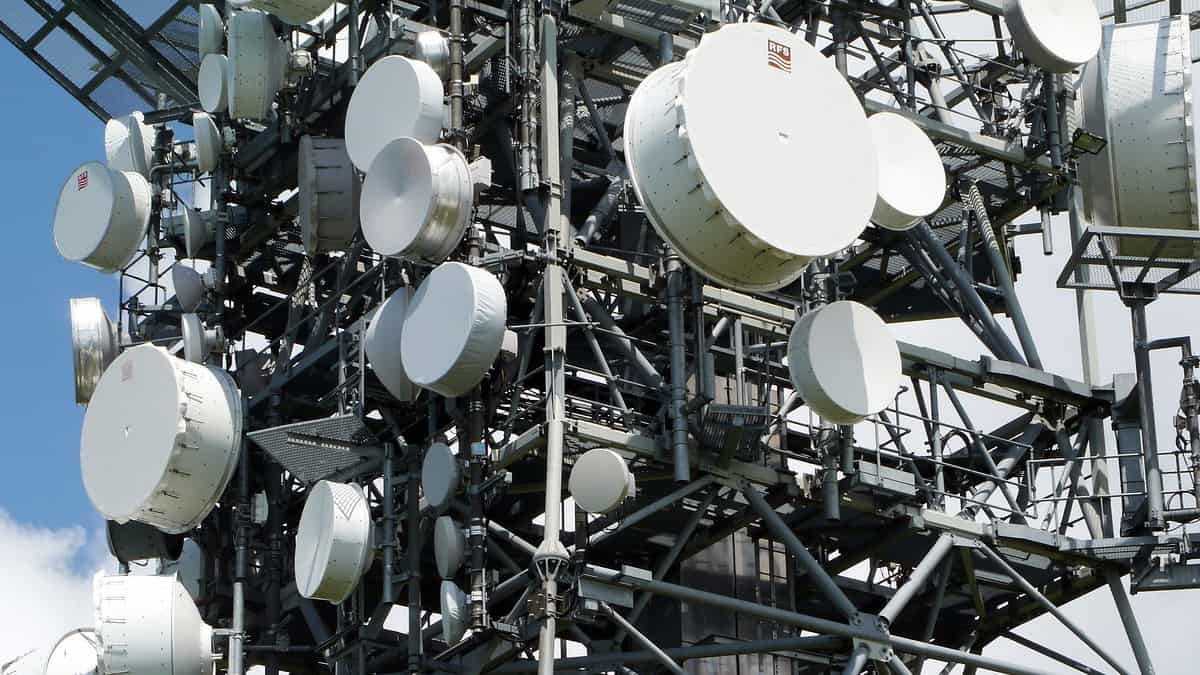 When you see a transmitter, in most cases what you are seeing is something called the mast. Masts have cables tethering them to the ground. Ones without cables are called towers.

The actual transmitter is inside a building – this is where the signals from the radio and television studios arrive in lots of different ways to be broadcast far and wide. Some come in on cables underground… others on satellite dishes… and even from microwaves!

The first part of the process is for the electrical signal to be waggled. Each radio and TV signal is waggled in its very own way to carry the pictures and or sound. They are then boosted so they go a long long way.

As lots of radio and TV stations will be share the same antenna on top of the mast, after the signals have been waggled all the different signals are combined together in a combiner.

At the top of the mast there’s an antenna – the waggling electrons are forced through the antenna and this creates a waggling magnetic and electric field which travel out and away!

Antennas are all at different angles and different shapes to change the direction the waves are sent in – some are pushed in one direction only, others will go all around.

Transmitters have to be as tall as possible so that those radio waves can travel as far as possible! Trees and buildings stop them in their tracks, so radio waves need to go above them.

Your own radio at home also has an antenna that catches the broadcast radio waves. The signal waves are then wiggled back and forth to generate a signal that your radio can turn back into sound! As each station waggles in a different way , the radio can tell which is which!

Next page: What’s the difference between AM, FM and DAB?

More From The Speakers
Back to top