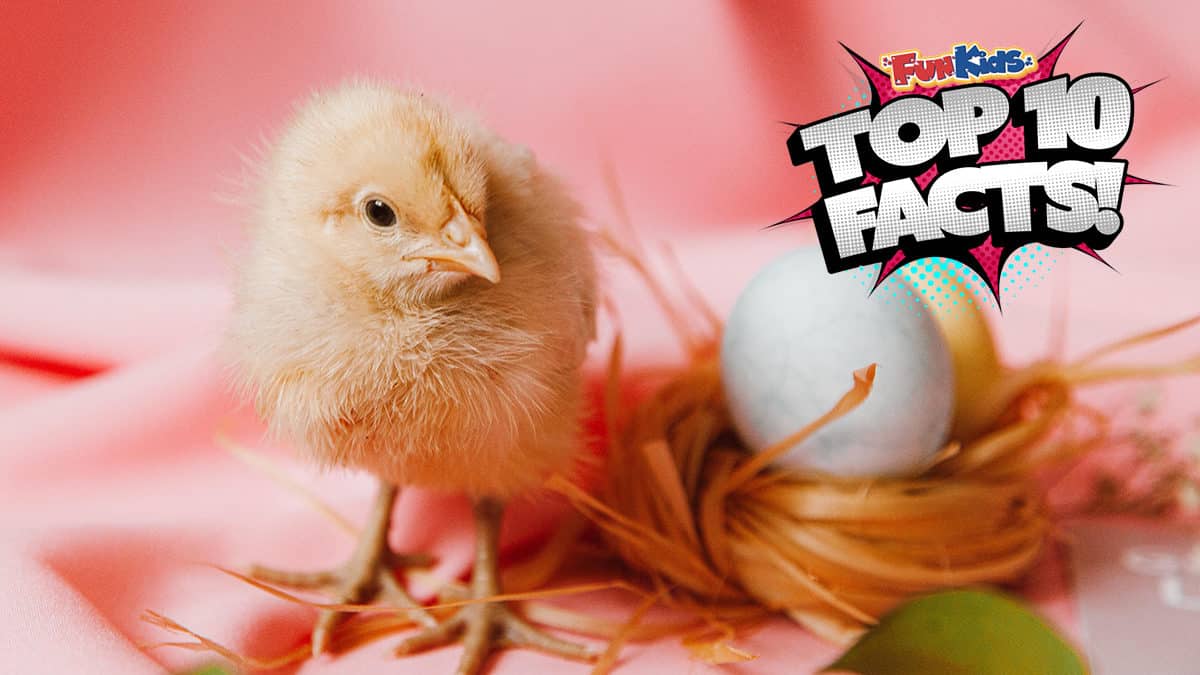 Easter Sunday is on 4th April 2021. However, the date changes year to year.

It always falls on the first Sunday after the full moon in March!

Easter will always be between 22nd March and 25th April.

2. Easter is named after the Anglo-Saxon Goddess called Eostre!

Easter is named after Eostre who was an Anglo-Saxon Goddess.

She was the Goddess of Fertility and also Dawn and Light.

Around Easter, painting eggs is a really fun activity to do.

Did you know that the activity comes from Ukraine?

They call their decorated eggs a ‘pysanka’ which means ‘to write’.

4. The first ever Easter egg was invented in the UK!

We should be really proud as the first ever Easter egg was invented in the UK.

It was made in Bristol in 1873 by Fry’s, the chocolate company.

It was so expensive, it became the world record for the most expensive edible egg!

The egg was decorated with gold leaf and white flowers.

It took three days to make!

6. In medieval times it was believed that wearing new clothes on Easter would bring good luck!

We better put on our new clothes!

Back in the medieval times, it was believed that if you wear new clothes it would bring you good luck.

Luckily we don’t really think that any more, so we can stick to our favourite jumper!

7. Easter is a Christian festival and signifies new life.

The festival is to signify new life.

That’s why you see lots of eggs (because chicks hatch out of them) and also loads of Easter bunnies!

Rabbits give birth to lots of babies (known as kittens) and so they are a great example of new life.

8. Around 80 million Easter eggs are sold in the UK each year!

During Easter, lots of Easter eggs are given to family and friends to celebrate.

A huge 80 million Easter eggs are sold in the UK each year.

That is a lot of chocolate!

9. The largest Easter egg hunt was in Florida.

According to the Guinness World Records, the largest ever Easter egg hunt was held in Florida.

There were 9,753 children who took part in the hunt as there were lots of eggs to find.

10. In medieval times there was an egg throwing tradition!

In medieval times, a priest would throw a hard boiled egg to the choir boys in the church.

They would keep throwing it around and as soon as the clock hit 12 o’clock, whoever had the egg could keep it.