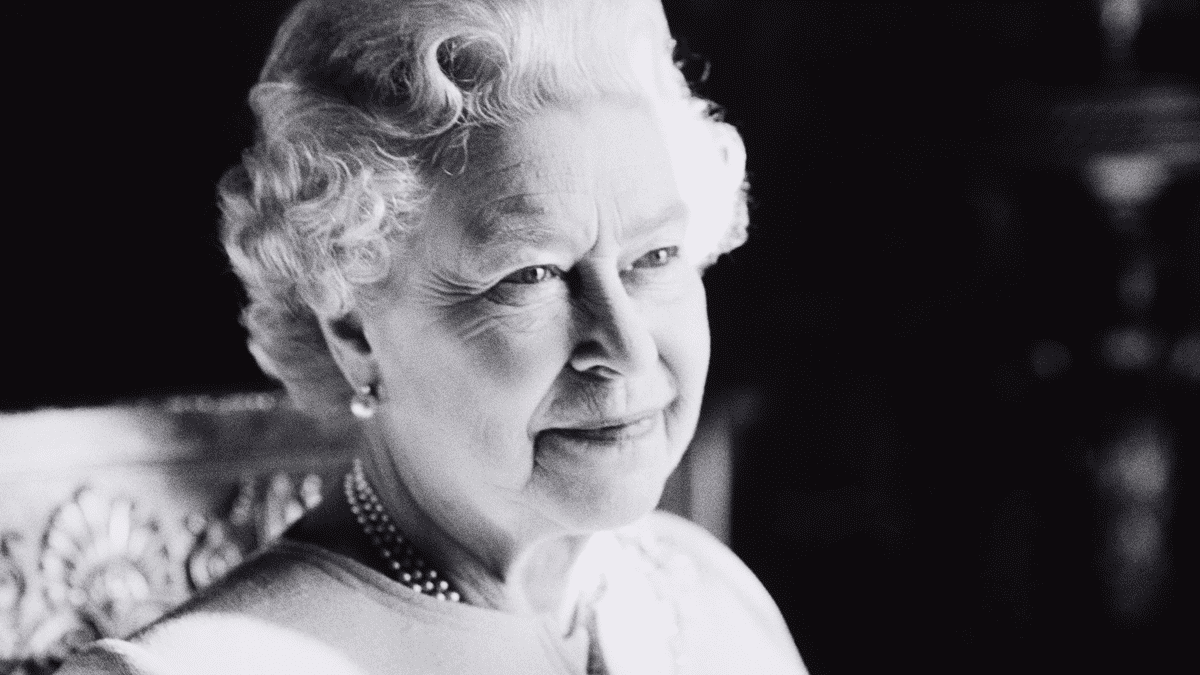 She was at Balmoral Castle surrounded by her family.

2. She was born in Mayfair, London.

She was born at 17 Bruton Street which is actually now a Chinese restaurant!

3. She was the longest reigning monarch.

She overtook Queen Victoria, who reigned for just over 64 years.

4. The Queen didn’t just rule over the UK.

The Queen didn’t just rule over the UK.

She ruled over lots of other places too!

5. Her favourite dogs were corgis.

You might have guessed it but the Queen LOVED corgis.

She owned over 30 during her reign as the Queen.

The most she ever owned at once was 13!

Read our top 10 facts about dogs!

6. She was the only person allowed to drive without a drivers license in the UK.

Every driver in the UK needs a driving license.

That includes a theory test, lots of lessons and a practical test.

However, the Queen didn’t need to do this.

She was the only person in the UK who didn’t need a driving license.

7. The Queen had two birthdays.

How amazing would it be to have two birthdays?!

The Queen had two!

Her real birthday, the day she was born, was on 21st April.

However, her official birthday was held on a Saturday in June.

It has been tradition since 1748 that the reigning monarch has their birthday in June because the weather is better and they can celebrate properly!

Find out what the Queen thought about selfies!

The Queen was married to Prince Philip who was the Duke of Edinburgh.

They got married in 1947 at Westminster Abbey.

Prince Philip was born into the Greek and Danish Royal Family.

However, before the wedding he had to become a British citizen.

9. She trained to be a mechanic and military truck driver.

The Queen had some hidden talents.

She trained to be a mechanic and a military truck driver!

Queen Elizabeth II was a part of the Women’s Auxiliary Territorial Service for World War II.

She was at the Royal Signals and Radar Establishment which was a telecommunications research centre in Malvern.

It was the first email sent by a royal!

Find out more about the Royal Family below.

Playing: with you by hannah grace