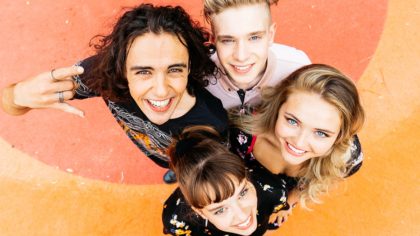 The third season of Disney’s show Penny on M.A.R.S will be premiering on 17th February at 6pm on Disney Channel!

In case you haven’t seen it yet, Penny is the secret daughter of a famous female pop star, and doesn’t know the identity of her father.

She has inherited her mother’s talent but suffers from stage fright. She is 16, and attending the prestigious performing arts school, M.A.R.S (Music Arts Reiner School).

Now Penny’s secret has been revealed but where will take her passion for music?

Will she become the famous singer she has always wanted to be or will be stopped by the many obstacles that are imposed on the road to success?

What would be the role of her old and new friends, family and love in this incredible journey?

We’ll find out in the third season of Penny On M.A.R.S.!