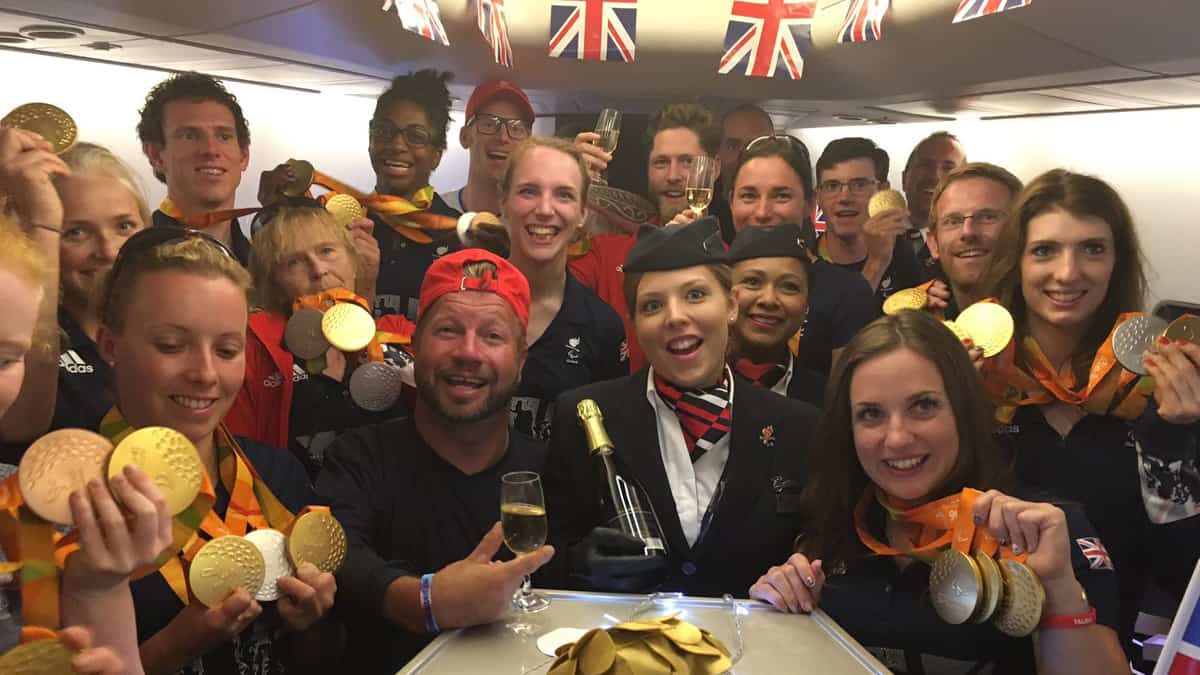 Great Britain’s Paralympic team has arrived back in the UK from Rio!

The country’s Paralympians were flown home on a special British Airways flight just for them!

The VictoRIOus plane had it’s nose painted gold for the occasion and landed at Heathrow Airport early on Tuesday morning.

Hundreds of family members, friends and fans were waiting at the airport’s Terminal 5 ready to welcome the athletes!

The ParalympicsGB team claimed 64 gold medals at the 2016 Games – the most of a British Paralympics team since 1988!

The welcome parties are out in force at Heathrow. #BAckSupercharged pic.twitter.com/drmbT1CcG6

The team also won 147 medals overall, putting them in second place in the table behind China!

It beats the 120 medals ParalympicsGB took at London 2012 four years ago.

During the Games, the British team set 49 Paralympic records and 27 world records!

Plus, they claimed gold in 11 sports, which is the joint highest along with China in Beijing 2008.

Kadeena Cox carried the British flag at a big closing ceremony on Sunday evening to round-off the Paralympic Games.

Kadeena is the first Briton to win in two different sports at same games since 1988 – becoming Paralympic champion in athletics and cycling events!

Also during the Games, Dame Sarah Storey claimed her 14th Paralmypic medal, making her Britain’s most decorated Paralympian of all time!

What a way to come home! Thank you @British_Airways #amazing #BAckSupercharged pic.twitter.com/SIfhxJxT9b

Parades will be held in Manchester on 17 October and London on 18 October for fans to celebrate the achievements of ParalympicsGB.

The Queen has also sent her congratulations to the athletes – calling the performance of the country’s Paralympians ‘magnificent’!