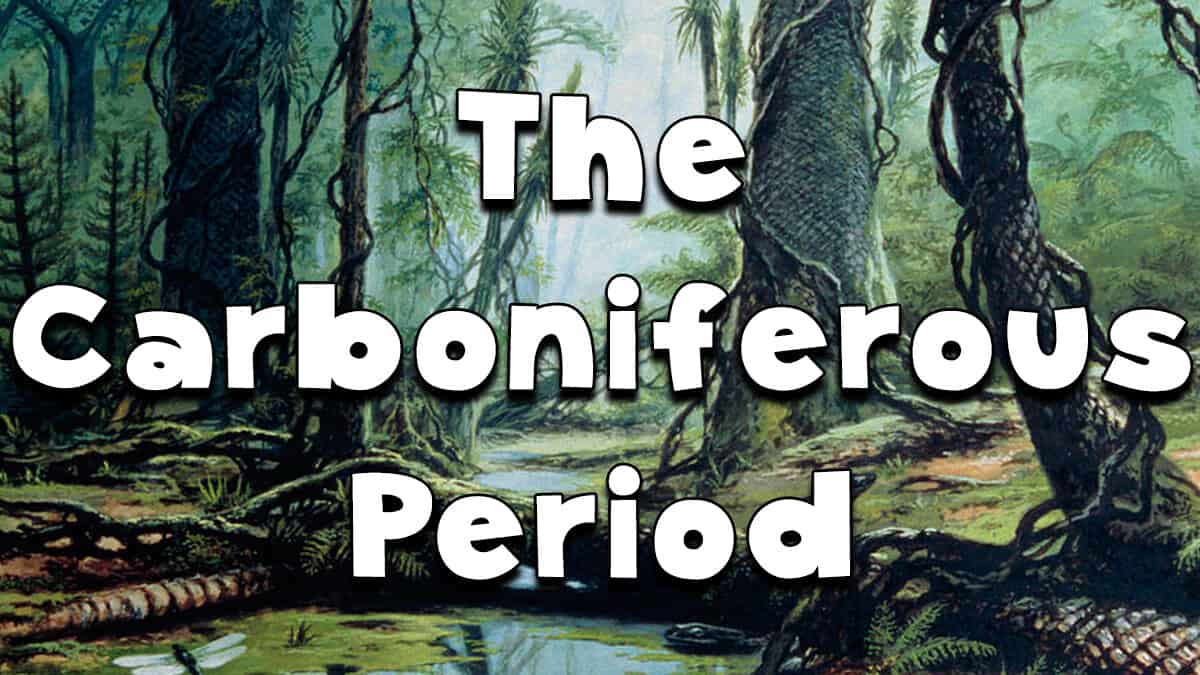 I tell you what – it is hot!
You definitely don’t need a jacket in this period. Most of the land is hot and swampy – perfect conditions for trees to grow and start covering the planet.

This was incredibly important for creating what became one of our main sources of energy (and barbeques)… coal!
When these trees died, they formed thick layers of dead plants that, over many, many millions of years, got squished and turned into coal.

In fact, most of the coal in the world today comes from these trees that grew during the Carboniferous period 300 million years ago!

Plants
This was the time for lots of big trees and big animals!

Because it was so warm, lots of trees and plants grew. Large trees covered with bark and huge ferns grew in big swamps, but there wasn’t any grass yet. The atmosphere was full of oxygen because of the amount of plants that grew. This allowed plants and animals to reach HUGE sizes. When the huge trees and ferns died, they fell into water without any bacteria to help them decompose, these plants formed peat beds. Eventually, with the weight of layers and layers, these peat beds turned to coal.

Animals
During this period, animals appeared on the land instead of the sea. There was more land for them to live on, too!

Tetrapods were four-legged vertebrates that began to move onto the land. More of these evolved during the Carboniferous Period too.

Giant Insects
This is not a great time for you if you’re scared of creepy crawlies!

Insects were also HUGE because of the oxygen in the air.
One of these giant insects was called Meganeura, and it was an ancestor of the dragonfly. It wings were up to 75 cm wide – that’s nearly a meter!