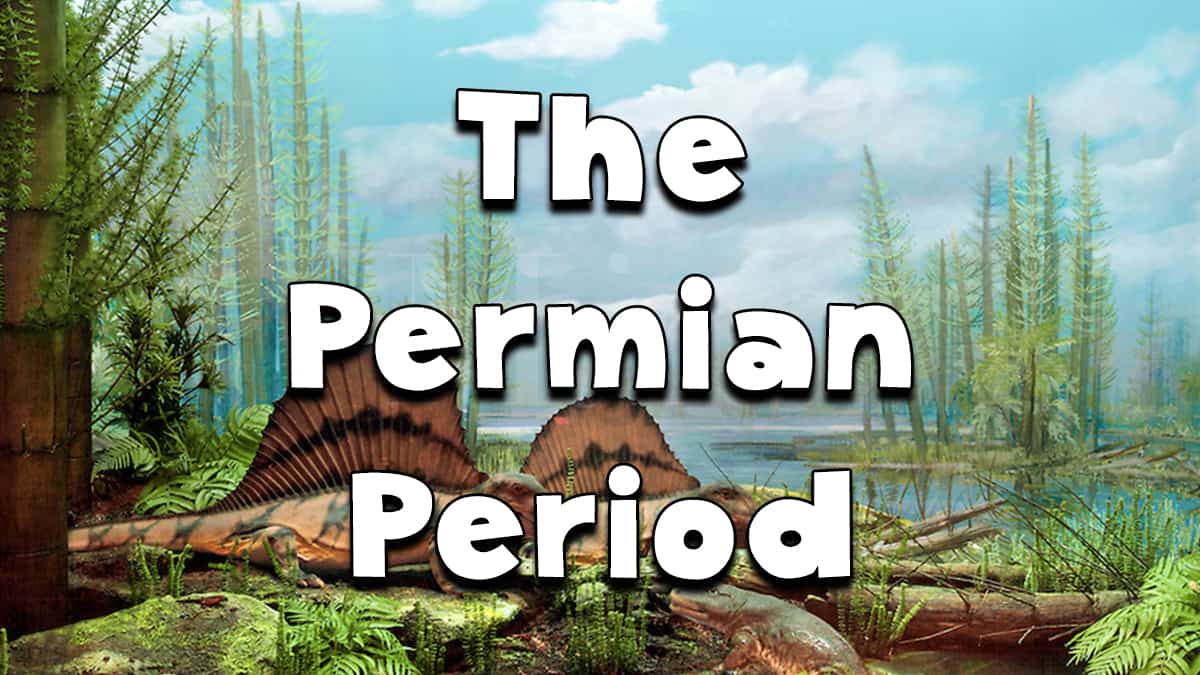 When looking at a map of the world, it’s easy to think that the land has always looked this way.
But the land we’re standing on is always moving, breaking up and joining together, changing the entire face of the planet as we know it. During the Permian period, lots of the land came together to form a single super-continent, Pangaea!

Pangaea was HUGE! And reached all the way from the North Pole to the South Pole.

With the land grouped together, the climate got drier with deserts spreading across the continent along with lots of different types of reptiles too!

Animals
There were lots of reptiles evolving during this time. The two main groups of reptiles were called
Sauropsids – which are more lizard-like (left), and Synapsids, which are thought to eventually evolve into mammals (right).

Plants
Like the Carboniferous period, there were still plants, but not quite as huge! There were mainly ferns, early conifer trees and ginko trees.
Still no grass yet!

But at the end of the Permian period there was a HUGE catastrophe – one of the biggest in the planet’s history – wiping out more than 95 percent of life in the oceans and 70 percent of life on land!