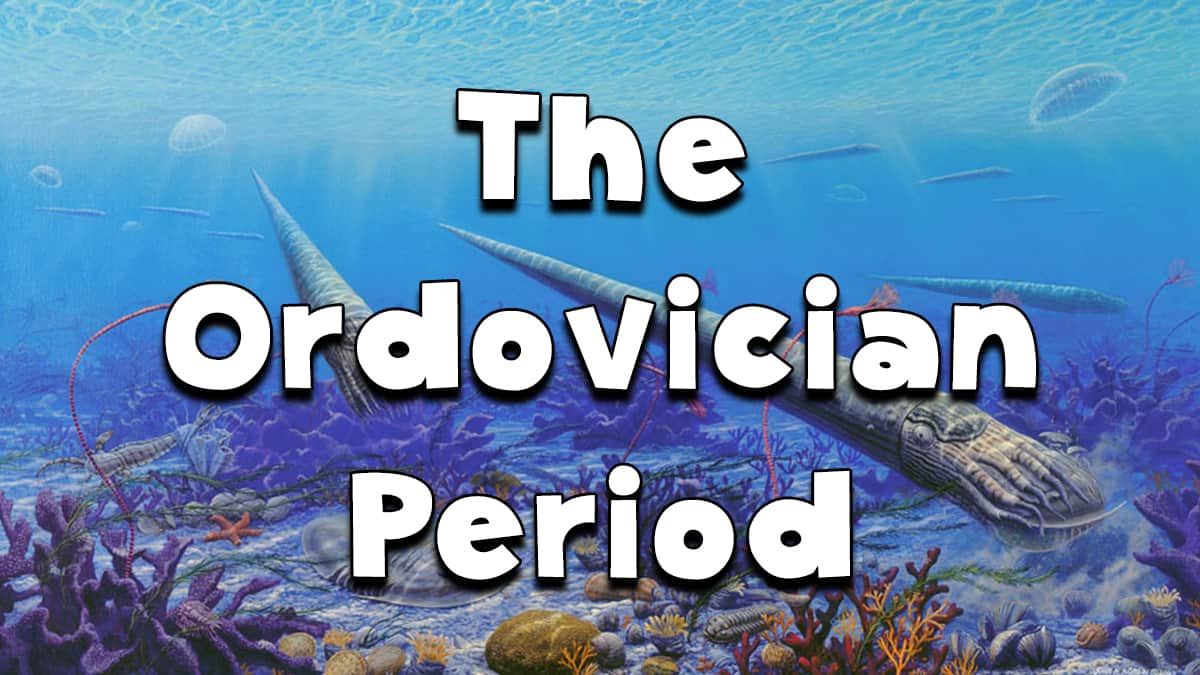 We’re in the Ordovician period, between 485 to 444 million years ago!

This is definitely a period of change! Right at the start of the Ordovician period, there was a huge catastrophe killing off most of the plants and animals living on Earth.

The entire land of the planet was shifting with continents breaking up and forming new ones. And for the first time ice started forming at the North and South poles.

And as quickly as life forms became extinct, new life forms sprang up, including the very first land plants! Just think when you see all those trees and flowers in your local park – can you imagine a planet without plants? The land gathered in a large mass called Gondwana, which was mostly submerged underwater.

There were still no plants that we recognise, but there were algae and coral in the sea. Some may have even started forming on the shore too.

Most of these animals were invertebrates still, like the Cambrian Period.

The biggest predators were the cephalopods. Cephalopods are a group of mollusks that are related to octopus and squid. One of those cephalopods was called Orthoceras. It had a long, straight shell, a bit like a thin cone, and short tentacles, a bit like a squid today! In fact, Orthoceras is an ancient ancestor of today’s cephalopods.

At the end of the Ordovician Period, Gondwana suddenly stopped travelling over the South Pole, when glaciers formed, causing the temperature of the seas to drop. Many of the animals and plants went extinct.

Playing: rewrite the stars (from "the greatest showman") by zac efron & zendaya