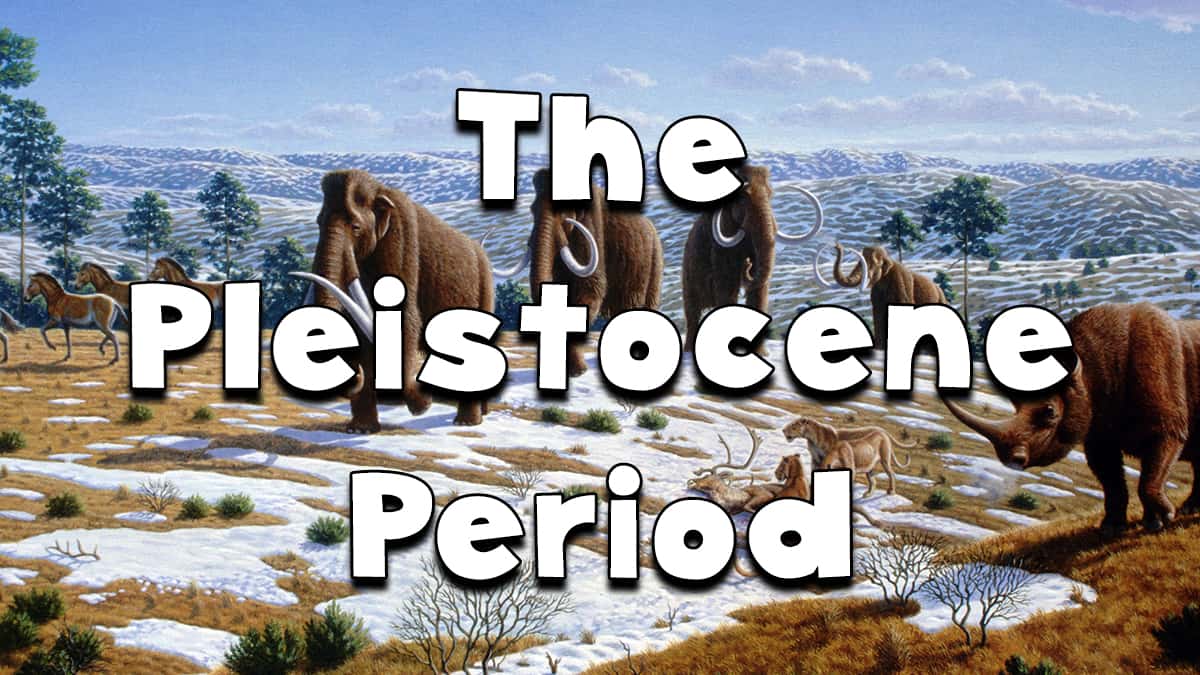 We have travelled back 2.6 million years to the Pleistocene epoch.

This is the time in our planets’ history from 2.6 million to 11,700 years ago. And if you want one way to remember the Pleistocene epoch it’s ice! Lots and lots of ice! In fact, at its coldest 30 percent of the Earth’s surface was covered in ice! It’s because the Earth was wobbling on it’s axis, causing 11 Ice Ages.
The sea level dropped with all of the ice forming, creating more land.

It is also known for something else that’s very important! The emergence of Neanderthals!

It is during this time that the human species first started properly walking across the world, growing into the 7 billion humans that live on Earth today!

The dinosaurs are now extinct, leaving smaller reptiles we would recognise today – snakes, lizards and turtles existed during this time.
Many of the animals during this period were mammals, including Woolly Mammoths, Sabre-Toothed Tigers.

There were also these Giant Ground Sloths too – like the giant sloth pictured here.
But because of the many Ice Ages during this period of time, and human’s hunting, lots didn’t make it.

Many of the plants that existed were quite similar to modern plants. There were lots of grassy tundras, flowers, ferns and trees, if there weren’t covered in ice and snow!