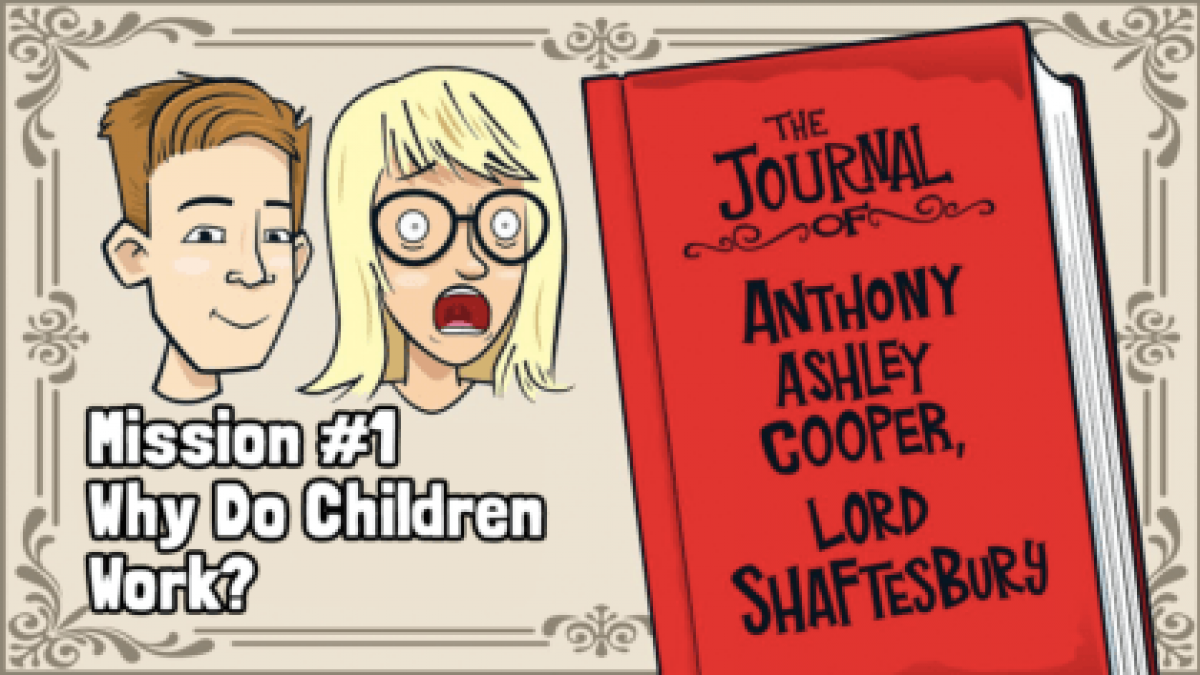 After that you should have a good idea about what life was like for a Victorian child and why they had to go to work instead of school.

Why was working so bad as a kid back then?

Because the work was very hard and very dangerous and they had to work really long hours.

There were all sorts of dangerous jobs like working in factories and in mines that kids would have to do.

The hours were really long too – some kids would start work at 5am and not finish until 8pm!

Why did employers want kids? Surely kids can’t work as hard as adults?

They wanted kids because they were a lot cheaper then adults.

A factory owner could pay a child 10 times less then he would pay an adult.

If working was so bad why did their parents let them work?

Many parents didn’t want their kids to work becuase they knew it was dangerous but they had no chioce.

Some families were so poor that they needed the kids to go and work so they would have enough money to eat!

If they were working all day, when did they go to school?

School cost a lot of money back then so if a family needed a child to work so they had enough money to eat then there was no school for that child.

You’ve got reformers, just like Lord Shaftesbury from the video, to thank for that.

These reformers believed that kids shouldn’t be made to work all day in dangerous jobs and that they should all go to school instead.

These reformers managed to pass laws that made it illegal for kids to work.

For example the 1844 Factory Act made it illegal for children under 13 to work more than 6 hours each day, and forced factory owners to make the workplace safer.

More laws like this were passed which eventually ment that kids didn’t need to work and that school was free for all children.

Click here to see the next mission all about kids in the mines!

More From Week 3: Jobs From The Past
Back to top