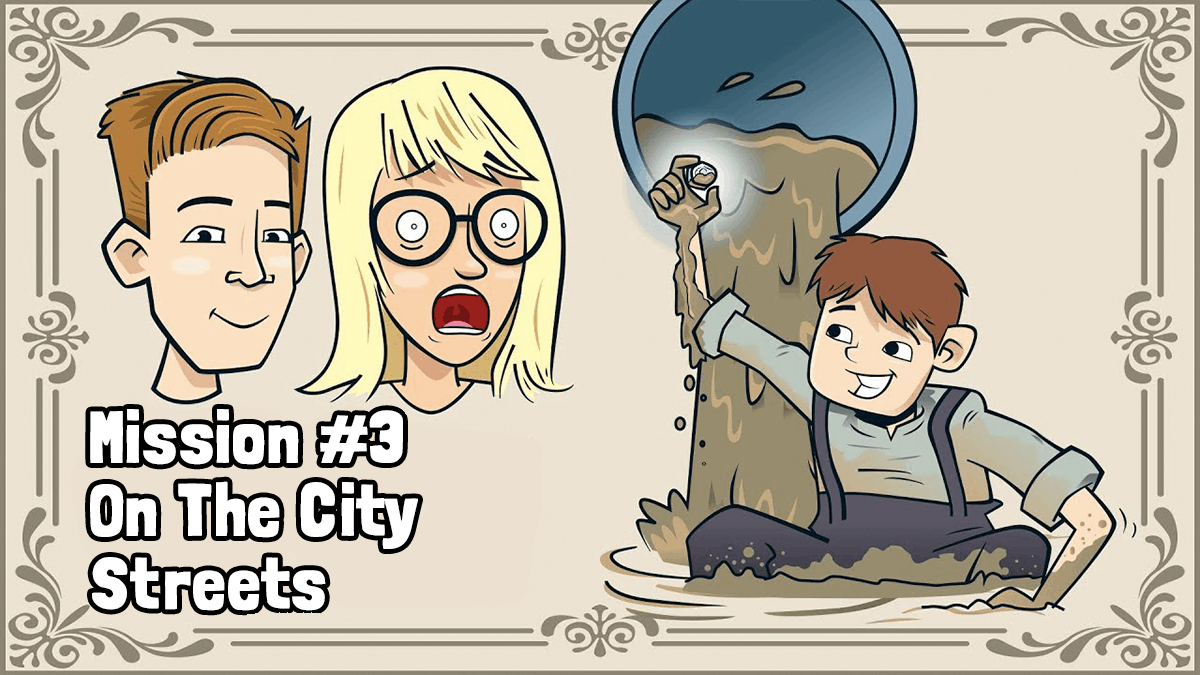 After that you should have a good idea about how hard it was to be a child on the busy city streets back then.

What was so different about the city streets in the Victorian days to now?

The big difference was that the streets were so dirty back then!

The sewage system wasn’t as good back then so a lot of sewage would be in the streets which made them super smelly.

Also there were so many factories back then that smoke and soot would fill the streets.

Why did kids work on the city streets if they were so horrible?

A lot of kids didn’t have a choice.

They would be forced to do all sorts of different jobs just so they could make enough money to eat.

What were the jobs kids would have on the city street?

There we’re loads of different things kid would do for money.

Kids would go out into the streets and collect dog poo off the floor!

Leather makers would use the poo to make the leather softer

These kids would go into the sewers with all the poo and wee and dig through it looking for coins or other valuables.

Back then it was common for things like money to get washed into the sewers, so going down there and looking for valuables could get you some good money.

Not really a job at all but a crime!

Some kids were desperate for money to eat, so if they couldn’t get a job some of them would steal.

They would sneak up on rich people and take whatever money they could grab from there pockets without being caught.

These kids would go to the muddy banks of the river and look for whatever treasures ships might have left behind.

Some kids would get paid to sweep the streets and try to keep them tidy.

Rich people would also pay them to clean there shoes.

A funeral mute would get paid to dress in black and stand outside a funeral looking sad.

They would get paid more if they could cry!

Click here to see the next mission all about gory apprenticeships!