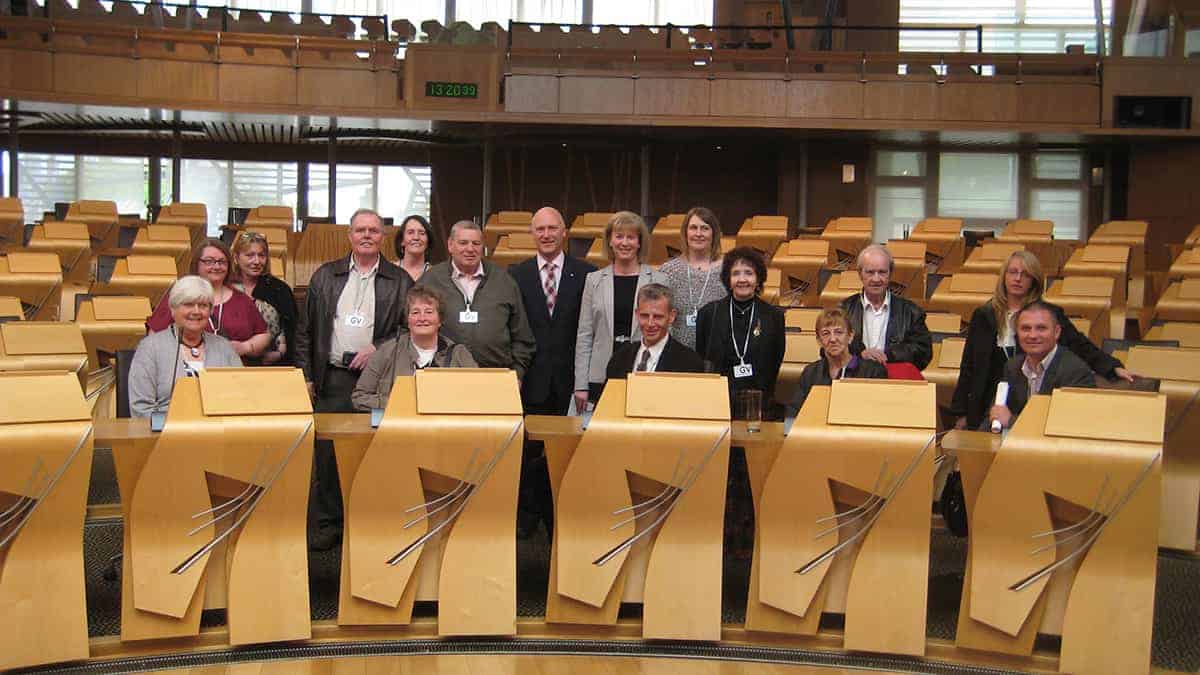 Click play to hear about a day in the life of a politician in Scotland!

Whilst the Scottish Parliament has amazing buildings, landscapes and rich history, the most important part has to be the MSPs. Without them, well, there would be no Parliament!

MSP stands for Member of the Scottish Parliament and they’re elected to make and change laws that affect people in Scotland. But what do they actually do? Let’s find out…

They will rise bright and early on Monday morning in their constituency – that’s where they live, along with the people who voted for them. There’s always plenty of mail to go through, emails to answer and telephone calls to take.

Then they will set off to meet people within the constituency that could be affected by new laws being discussed in the Parliament. It’s important to get their opinions as that’s who the MSPs represent.

On a Tuesday they will head to Edinburgh, which is where the Scottish Parliament meets. On the journey there the MSP may find time to work, answer emails and take calls.

When they arrive at the Parliament Building, there are lots more letters, emails and calls to answer.

That afternoon the MSPs will sit in the Debating Chamber for the first business of their day. Before they start to debate, there is a Time for Reflection which is a short, thought-provoking speech – sometimes by a speaker from one of Scotland’s main religions, although sometimes it is from someone who is not religious.

Wednesday is another busy day – it’s time to sit in a Committee meeting – they’re discussing new laws and MSPs can express the views of the people in their constituency.

After, MSPs can take time to show groups of senior citizens around the Scottish Parliament, before heading to the Debating Chamber for a debate.

Each Thursday, the First Minister must take and answer questions from other MSPs. Whatever an MSP is up to they have to be back in the Debating Chamber by 5pm – that’s when Decision Time is – when MSPs vote on what they’ve discussed that day.

On Friday MSPs will travel back to their constituency where they’ll be helping and meeting local people – right through to Saturday. And on Sunday, a day off

More From Inside Scottish Parliament
Back to top