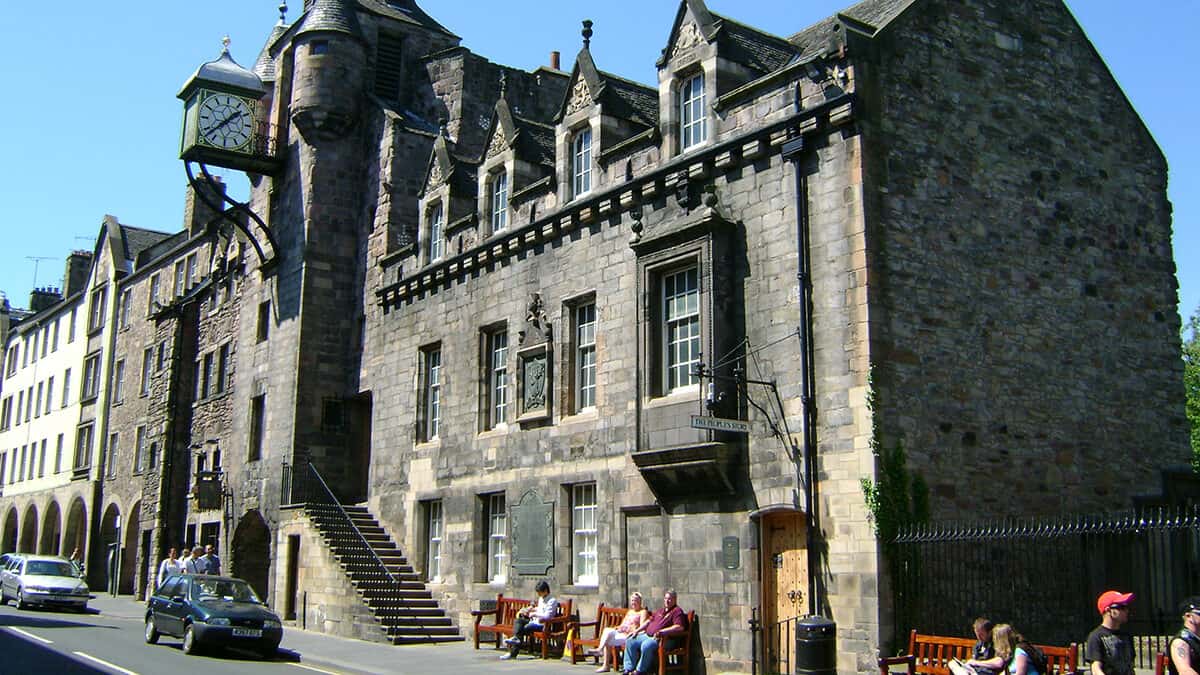 In 1707 The Treaty of Union was signed, which meant that Scotland and England would have one Parliament, based in London.

After this, the Palace of Holyrood fell silent. That didn’t mean that the Canongate area was quiet though.

Tenement housing was built – that’s housing where lots of people are crowded in together. And in 1781, William Younger built a brewery on the site – a brewery is a factory that makes beer.

His factory was so immense that, at one stage, a quarter of all beer brewed in Scotland came from here – right up until about 60 years ago!

Part of the Scottish Parliament building is known as the Canongate Wall into which are carved 26 quotations. You’ll find some lines from Robert Burns’ poem ‘The Louse’. Here’s what they say:

O wad some Pow’r the giftie gie us

To see oursels as others see us!

It wad frae monie a blunder free us

In the poem Burns is watching a louse on a lady’s bonnet, but the lady doesn’t know she has a bug crawling on her fine hat. He is wondering, if we could see ourselves as other people see us, whether we would avoid looking foolish!

More From Inside Scottish Parliament
​
​
Back to top
​ ​ ​