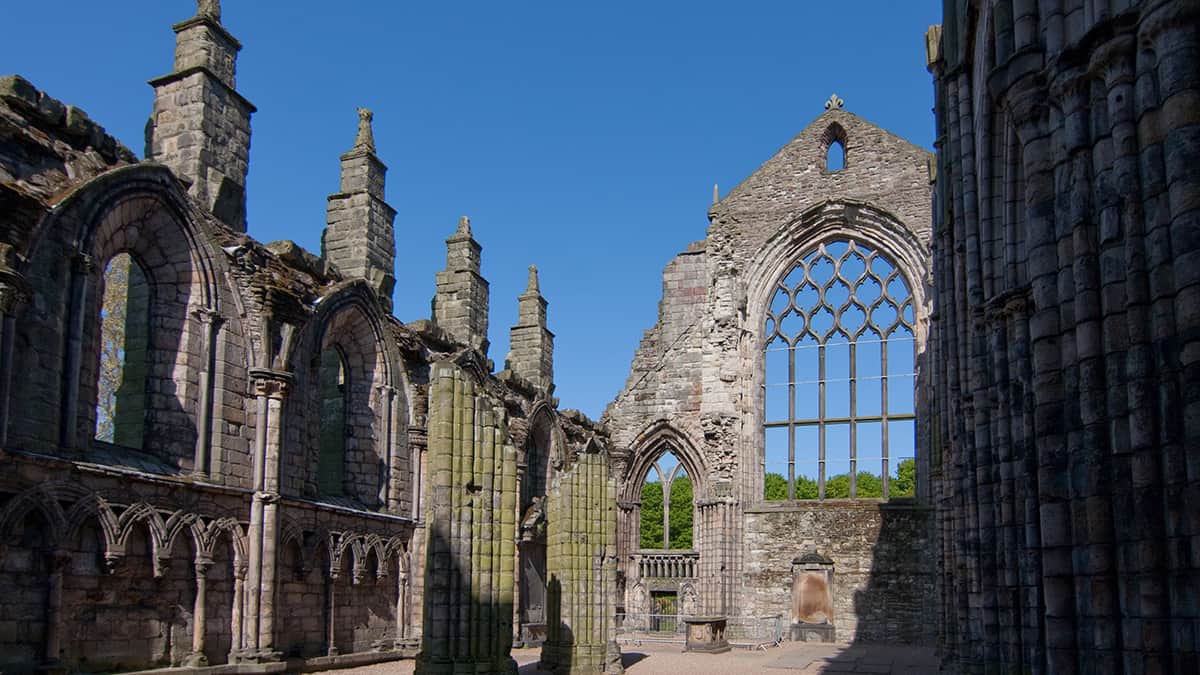 Click play to find out more about the buildings where Scottish Parliament takes place!

Since 1999, Scotland has had its very own Parliament. It’s in a part of Edinburgh called Canongate – an area that’s packed with history.

The oldest building in Canongate is the ruins of the Holyrood Abbey, which was built around nine hundred years ago at the order of King David 1st of Scotland.

The Abbey, or rather its guesthouse, was an important place for the Scottish royal family. James II was born, crowned, married and laid to rest at the Abbey. It was also a handy place for visiting aristocrats to stay.

In 1501 James IV extended the guesthouse to create an entire palace next to the Abbey. It’s likely that this was because he was getting married and wanted to impress his Queen!

He called it the Palace of Holyroodhouse and, for many years, it was used as a bustling base for important matters of state and to house lots of very important people – from Mary Queen of Scots to the present Queen who stays there every summer.

Playing: (no one knows me) like the piano by sampha

More From Inside Scottish Parliament
Back to top