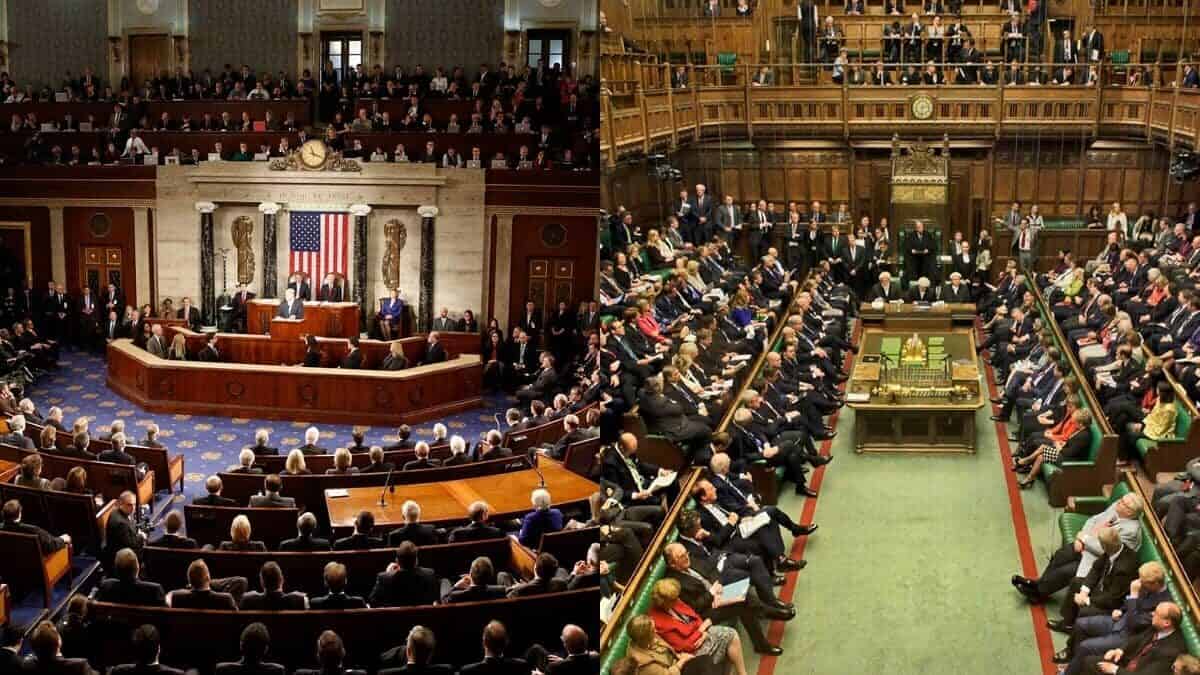 Congress and Parliament both play an important part in the US and the UK. What exactly do they do and who’s part of them?

The Houses of Parliament is the meeting place of the House of Commons and the House of Lords. They get together to discuss important issues and to make new laws. Laws are the rules that everyone has to follow.

In the US, Congress does the job. Like Parliament, Congress is split into two parts – the House of Representatives and the Senate. It’s based at the United States Capitol – a big building with a huge dome, right at the top of Capitol Hill in Washington DC.

In the UK, the House of Commons is also directly elected. People vote for the person they like the best or who they think will do the best job.

Whilst the US is split into states, the UK is divided into lots of areas called constituencies. Each constituency has its own Member of Parliament – or MP – who looks after the interests of the people who live there.

But things are a little bit different in the House of Lords… who gets a seat here is decided by the Government. They’re allowed to promote people to the House of Lords if they think their experience and expertise will be useful.

This is a quite unique system. It probably wouldn’t be designed this way nowadays but it’s been like that for hundreds of years. The people in the House of Lords are called Peers and are given the title Lord or Baroness, depending on if they’re a boy or a girl.

Representatives are elected to serve for two years, while senators are elected for six years. The elections happen at different times so there’s not a complete change all at once.

Members of Parliament are elected to serve for five years. Voting happens at the same time so there’s a whole new House of Commons after each election. But in the House of Lords, once you become a Peer, you’re a Peer for life. Although some choose to hand back their title if they feel they’ve not got enough time to do the job or they’re getting too old.

Find out more about the UK Parliament in this video…

One other key difference is that its Congress’ job to introduce new bills – even those that the President is behind. But in the UK, most bill are introduced by the government. Only a small number of bills are put forward by Members of Parliament.

Next page: American sports in the UK