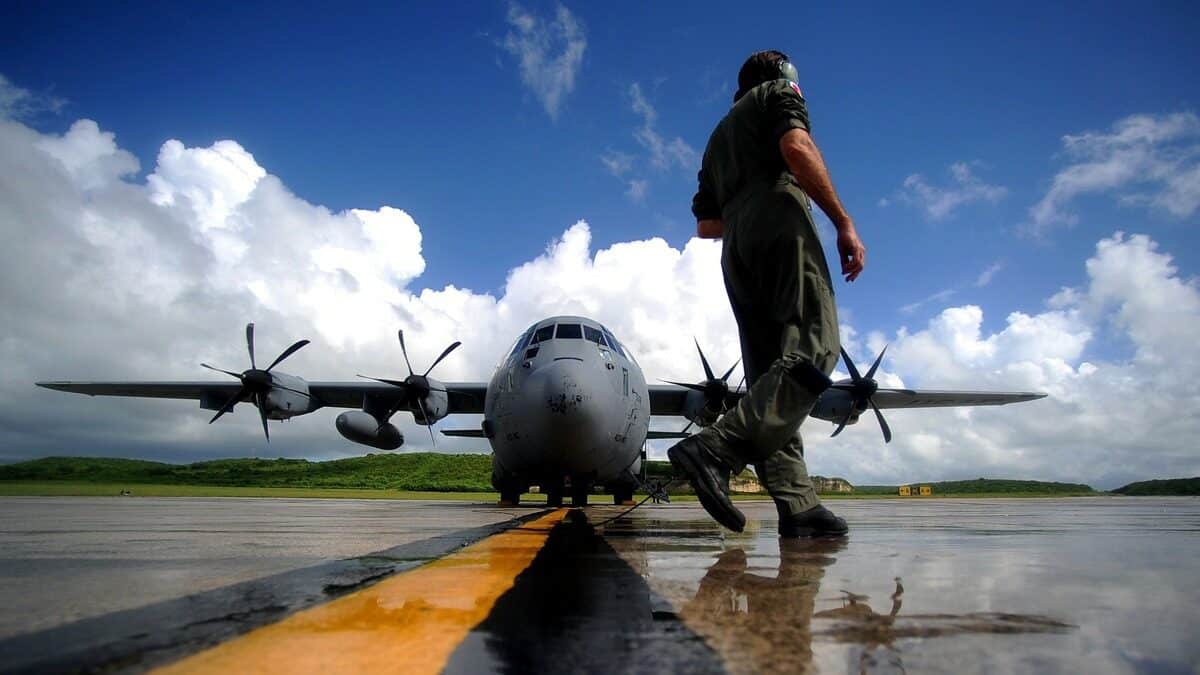 The US Military and the British Armed Forces work together to make the world a safer place. What areas do they co-operate on – and where can you find members of the US Air Force in the UK?

In the Second World War, hundreds of thousands of American soldiers were stationed in the UK, after an agreement between the two countries in 1941. These soldiers were nicknamed G.I. Joe by the British – as ,any ordinary Brits had never seen an American before. They thought they were all gangsters and cowboys like in the movies!

Actually, the G.I.’s were very generous and had lots of money to spend, which helped the British economy. During the war, three million G.I.’s passed through Britain on their way to fight in Europe, strengthening the special relationship between the US and the UK. Afterwards, most of the bases that the US Military had been using were returned to the British government but a small number were kept in use.

There’s actually part of the US Air Force still in the UK. Even though the war finished ages ago, it’s one of the ways that the US Military and the British Armed Forces work together today. RAF Lakenheath in Suffolk is host to the 48th Fighter Wing. Being stationed in the UK means that American forces can respond quicker to any threats there might be in Europe and Africa. The base is expanding too. Two squadrons of the new F-35 supersonic fighter jet will be stationed there from 2020. It’s one of the most advanced planes ever and was built in partnership with British companies.

There’s also US Military personnel at RAF Menwith Hill in North Yorkshire, which provides intelligence support to the US and UK, and at RAF Croughton in Northamptonshire, which processes military communications between Europe and the US.

The US and UK also work together on high-tech research projects. At the moment, they’re developing new armour technology that will provide lighter and stronger protection for troops, and futuristic military aircraft with repairable engines. Plus, the US has contributed millions of dollars to projects in the UK designing better ships.

The US and the UK are pretty close when it comes to military matters. They’re also both members of NATO and the United Nations Security Council: two powerful clubs that help to keep international peace.

Next page: What is the US Embassy in London?