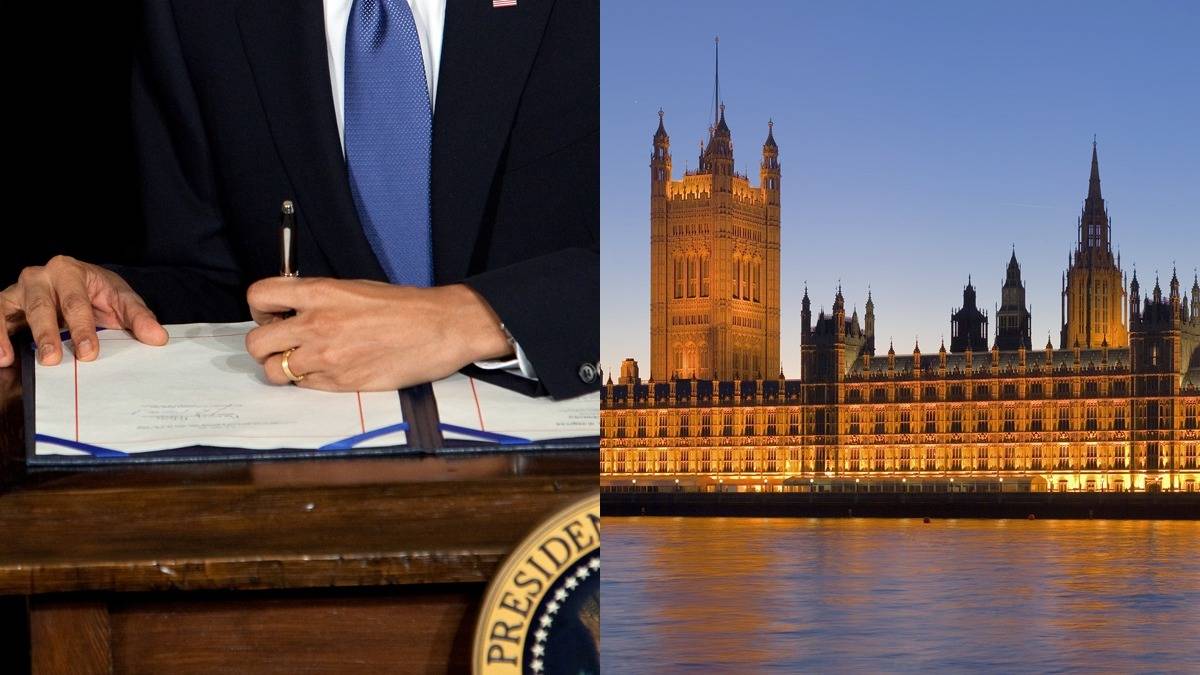 Laws are the rules that everybody has to follow, telling us what we must and must not do. They make sure our lives go smoothly and keep us safe. Who decides what the law should be and how are new laws created?

All laws begin as ideas. Ideas for new laws are called bills. These ideas can come from anyone, just speak to your local politician if you’ve got one.

In the UK, all laws go through the Houses of Parliament. It’s split into two parts – the House of Commons and the House of Lords.

A lot of thought goes into making and changing laws because they affect a lot of people. Members of Parliament, the people who represent each area of the UK, meet in the House of Commons to discuss laws. They say whether they agree or disagree with the idea. This is called debating.

After a bill has been debated by the House of Commons, it’s sent to the House of Lords so they can debate it too. Lords and Baronesses look over each Bill very carefully, casting their expert eyes over it.

If they want to make changes to the bill, then it goes back to the House of Commons for the MPs to discuss these changes. Sometimes it can go back and forward quite a few times before everyone agrees!

Bills can start in either House – the important thing is that they go through both at some point in the process!

Once Parliament has agreed on the Bill, it’s sent to the Queen. The Queen is the Head of State so she has to personally sign every Bill. This makes it into law, which is called an Act of Parliament.

The American version of Parliament is called Congress. There are two parts to Congress – the House of Representatives and the Senate. Like in the UK, bills can start in either house but both houses must agree to it so a vote is held to see who’s in favour. If more than half the members agree then the bill is sent to the President, who’s the American Head of State. If the President signs the bill, it becomes law.

Although, there’s a slight catch… the President can actually reject the bill if they want. This is called a veto.

If that happens, the bill goes back to Congress where it is voted on again. This time it goes up a notch and two-thirds of members must to agree to it! If that happens in both houses, then the bill becomes law even without the President’s signature.

The system is designed to make sure neither Congress nor the President has too much power. If just one person had all the power, then bad things could happen and there would be no way to stop them. This way, the President can overrule Congress and Congress can overrule the President, which is good news for democracy.

Next page: Congress vs. Parliament

Playing: dream a little dream of me by zee avi

More From US-UK Slamdown
Back to top