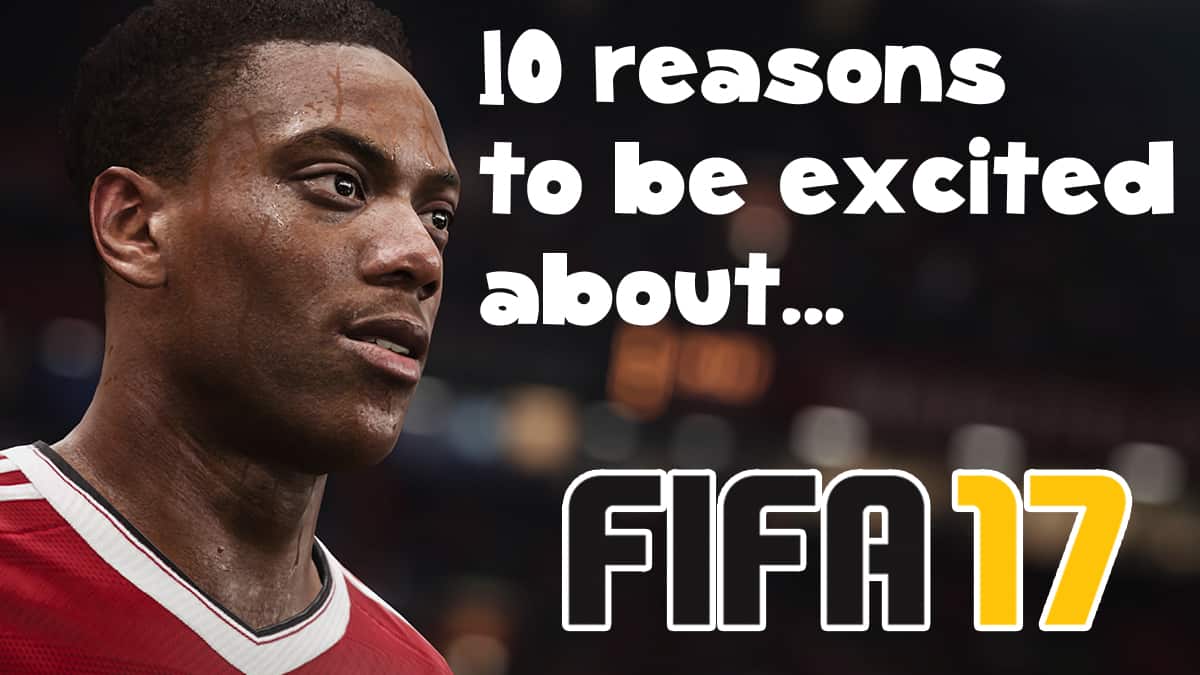 It’s not Lionel Messi! After four years of Leo fronting FIFA, it’s going to be weird not seeing him on the cover. Step forward, Marco Reus! Over three million votes were cast to see who should have the honour of replacing the Barca baller – and Dortmund’s Reus won!

This new story mode lets you experience life in the Prem! EA have finally added this! Now you can pick a Prem club then live the life of a player, from planes to plush houses and the pitch. YOU get to make the decisions that shape their career!

FIFA Ultimate Team has had a facelift! Test your squad in daily knockout tournaments and try to qualify for the new Weekend League! Top teams win ultra-rare players, packs and up to 250,000 FUT coins!

West Ham’s new ground? Yep, it’s in the game! You’ll be able to tear it up where Usain Bolt won his London 2012 Olympic golds! Sadly, no players in the game will be as quick as the big Jamaican!

Asia’s most popular league gets added! The Japanese top division has been included in FIFA for the first time! So you can control well cool clubs like FC Tokyo and Vissel Kobe in their authentic kits and stadiums!

Player reactions are scarily realistic! Watch players gee each other up, deal with pre-match nerves and celebrate big wins at full-time

The REAL reason 17 will be the best FIFA ever! It uses a new game engine called Frostbite – this is like putting a Ferrari engine in your mum’s Corsa! It’s allowed designers to add all-new environments and give players ultra-realistic responses!

United ace says it’s just like real life! Marcus Rashford helped EA develop FIFA 17, especially The Journey! “I actually can’t believe how accurate it is,” he told MOTD mag. “It feels like you’re actually there in the changing room yourself!”

Celebrate with the coaching staff! Managers love to share the glory sometimes, so if you want to show your FIFA boss some love, make a beeline for the bench when you score that last-minute winner. Careful not to knock Jurgen Klopp’s specs off!

You have less than a month to wait for it! FIFA 17 has new features, new modes and a new cover star in Marco Reus – and it’s in shops on 27th September!

This weeks’ issue tells you all you need to know about Pep!

There are two free GIANT posters in every issue!

Plus the biggest deals of the transfer window are rated!