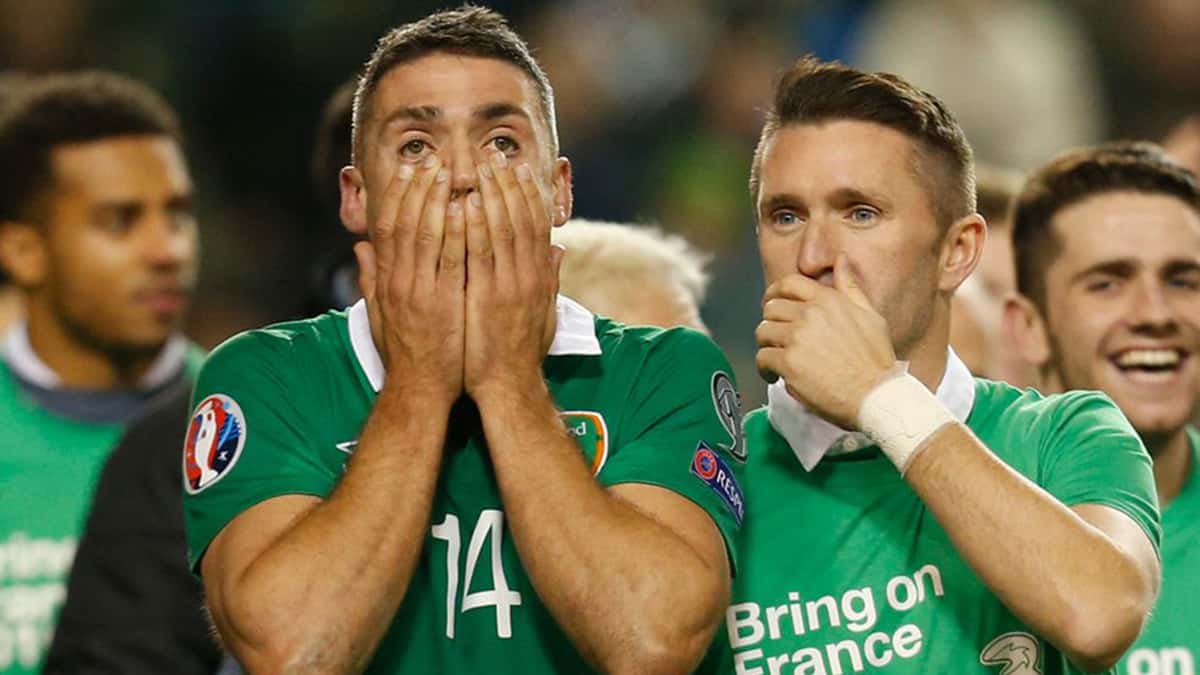 If Greece can win it…

Anyone can! Underdogs have caused upsets in the Euros before. In 1992, winners Denmark only took part because Yugoslavia were disqualified at the last minute. Then 12 years later in 2004, minnows Greece beat Portugal on their own patch in the final. Another 12 years on, don’t bet against Ireland repeating history!

OK, he’s not the Man of Steel, but kitman Dick Redmond donned the superhero’s famous red and blue outfit after the play-off triumph over Bosnia & Herzegovina to spark mass celebrations. Robbie Keane said: “The spirit we have is second to none – more than any other team.” Even boss Martin O’Neill was dancing!

They beat the Germans!

Germany may be second favourites, but they only managed ONE point in qualifying against the Republic. Facing Belgium and the mighty Zlatan and Sweden in their Group Of Death won’t faze The Boys In Green, who once shocked Italy with a 1-0 victory at the 1994 World Cup. Bring it on!

Five of the squad were present when they were denied a place at the 2010 World Cup by Thierry Henry’s handball at the Stade De France – a ground they return to for the first group game with Sweden. Those players will be desperate to make up for that result with a win in Henry’s backyard!

Every tournament provides an unlikely star and, even at 34, Norwich’s Wes Hoolahan can be Ireland’s trump card. And get this – Wes is a 5ft-6in, left-footed trickster just like a certain Lionel Messi. Fans think he’s so similar to the Barca legend – they call him Wessi!

The Keanes are keen!

Striker Shane Long will be the likely starter, but no other player heading to France has scored more for his country than 67-goal hero Robbie Keane. Meanwhile, O’Neill says assistant boss Roy Keane was the nation’s game changer when Ireland sat FOURTH in their qualifying group with three games remaining. “Roy was buoyant,” he said. “He told me, ‘This isn’t over’.” You never know, it could be just the beginning!

Did you know? Ireland have only ever won one game in this comp – their first ever Euros fixture against England in 1988!

This issue looks at the big showdown between England and Wales!

It’s got a first look at FIFA 17 and transfer talk too.