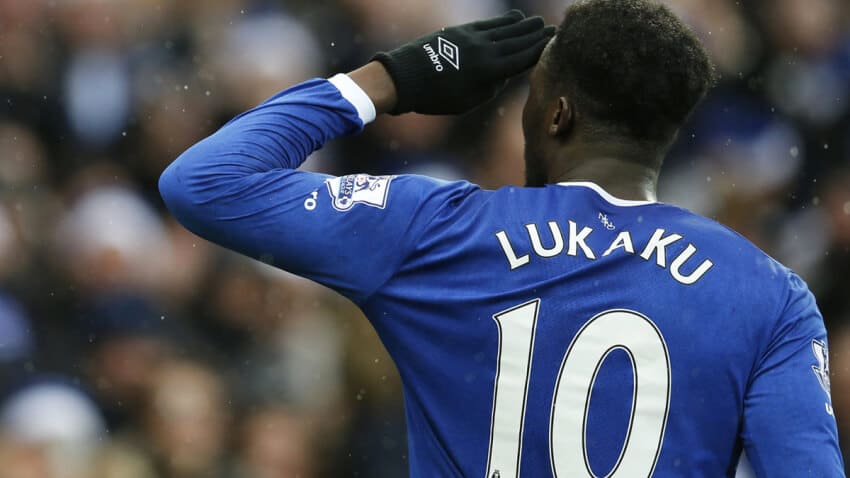 King Kane is Tottenham’s great hope to win their first ever Premier League title! The masked maverick won’t let a broken nose get in the way of his charge up the goal table – he’s already third in the English top-flight scoring charts with 16 goals this campaign and only needs six more to beat his tally of 21 from last season. Keep ‘em coming, H!

The 25-year-old took a few years to find his shooting boots, but since moving to Barnsley, Winnal’s not been able to stop scoring! Earlier this season, he went on a red-hot run of nice goals in six games which also helped Barnsley to six straight wins – if he carries on, he may help Barnsley Win-All their remaining games!

Romelu has been super-sweet for The Toffees this season and has nagged 17 goals already. He’s also one of only five players ever to score more than 50 Prem goals before they turn 23, which puts him alongside Prem ledges Wazza and Ronaldo. The brilliant Belgian gets all sorts of goals, but he needs to nab a few more if he wants to lead this list!

Ant-sized Adam is a pocket rocket of a forward! The on-loan Newcastle frontman may only be 5ft 6in, but he’s already scored 19 goals in just 27 games this season. Newcastle hero Shola Ameobi has touted him as the next big thing, and Coventry team-mate Joe Cole even compared him to Man. City ace Sergio Aguero – we reckon he’ll be banging them in for The Toon very soon!

Nicky’s done it the hard way. He nabbed a dream move to Man. United as a teenager, but couldn’t break through at Old Trafford, and has played for ten different clubs in the past six years! But now he’s banging them in at Swindon. Ajose calls tap-ins his “bread and butter” – we hope he’s told the local bakery, because we think he’s going to get even more.

Just like Jamie Vardy, Andre Gray had to drop down to non-league to join the party. Gray’s come of age this season for Burnley, which is just as well as The Clarets broke their transfer fee to sign him from Brentford in the summer! His goals have propelled Burnley right to the top of the Championship – not bad for a player released by Shrewsbury at the age of 18!

How crazy is this? The most prolific striker in English football was bought from Buriam United in the Thai Premier League! Joyful Jay only scored 1 goal in 21 games while out playing in Asia, but home comforts and mum’s cooking seem to have helped him remember where the net is – his total of 23 goals makes him England’s hottest hotshot!

Find out why Ronaldo is on a mission and the secret to Harry Kane’s goals!

Plus! This week’s issue has 10 free posters!