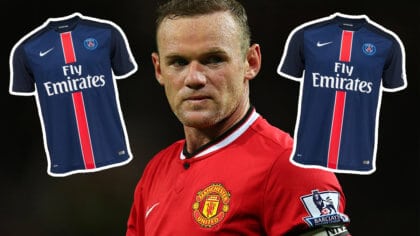 The Prem may be sick, but The Three Lions stunk out the Euros. We reckon taking a chance OUTSIDE of England could help some stars become legends – here’s where they should go…

With Zlatan, Rashford and Martial all after a spot in Man. United’s new-look attack, Roo could find his chances limited – especially as Jose Mourinho says he won’t play in midfield.

The slower pace of Ligue 1 would suit him – and he’d be sure to collect some trophies!

He may have had a dodgy Euros, but back-to-back high-scoring campaigns in the Prem show Harry has nothing more to prove in the Prem.

Juve fans love a world-class strike partnership and Harry would be lethal alongside Gonzalo Higuain!

At 26, Gibbs should have established himself Arsenal’s first-choice leftback – instead he’s Nacho Monreal’s deputy.

Having made just THREE Prem starts last term, a new challenge in the Bundesliga could reignite his England chances – and it’s a position the German club need to strengthen!

One of the few England players to gain some credit from the Euros – Adam’s silky, onetouch style of play is what La Liga is all about.

Villarreal missed a goalscoring link between midfield and attack last season and, as well as enjoying Champo League footy, Ads would provide the perfect foil for defence-minded Bruno Soriano!

Having barely kicked a ball at the Etihad, Delph’s days looked numbered under Pep. Rather than settle for a lesser Prem team, he could emerge as a top box-to-box battler at Inter – a club familiar with English talent.

In 1995, Paul Ince moved from Manchester to Milan – and became a legend!

They also take a look at all the latest transfer news!

Plus some epic new season posters come with every issue!