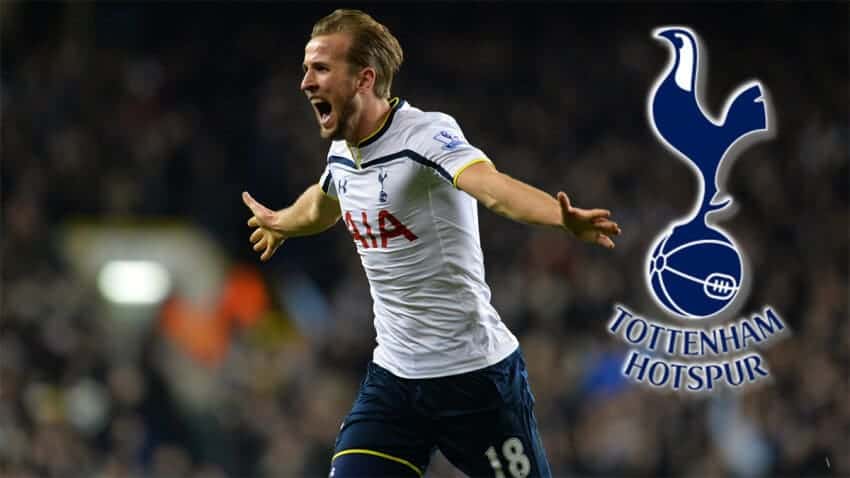 So what’s a typical Tottenham game day like for Harry Kane?

Kane says: “I try to get at least ten hours’ sleep in the night before a game. After breakfast I head to the stadium. When you’re in the tunnel you’re just itching to play – but once its kick-off that’s when you’re most excited!”

Tell us about scoring the winner at White Hart Lane last season!

Kane says: “That was a special feeling. There’s not too much that tops it – scoring in front of your own fans in the important games. So you have to cherish it, and the more moments you can have like that, the better!”

You beat title rivals Man. City recently – how big was that?

Kane says: “It was an important game for us and the win gave us a lot of confidence. It was a really good atmosphere, and to get the two goals in front of the away fans and celebrate with them, it was a very good day!”

Have you got any weird pre-match rituals that you always do?

Kane says: “A few, yeah! For me the biggest one is always putting everything left on first – left boot on first, left shinpad, everything like that!”

The team spirit seems to be great this campaign – why is that?

Kane says: “We’ve got a lot of players who are a similar age – they’re a great bunch who are all working hard. We’ve got no-one in the squad who is bringing the team down and the managers played a big part in that – we’re all striving for the same goal!”

If Spurs go behind in the game, what’s the approach going to be?

Kane says: “Sometimes when you concede, you can try so hard to get a goal back that you concede a second or third – which kills the game. If we concede, we calm down and get back into our shape because we’re always capable of scoring. If we stay calm we’re more likely to get back into it!”

The focus in this issue is the race for the Premier League title!

Find out who the number 1 striker in the world is and there’s a look forward to the MLS kicking off!

Plus! This week’s issue has 13 free posters!

Playing: the ninjas by barenaked ladies