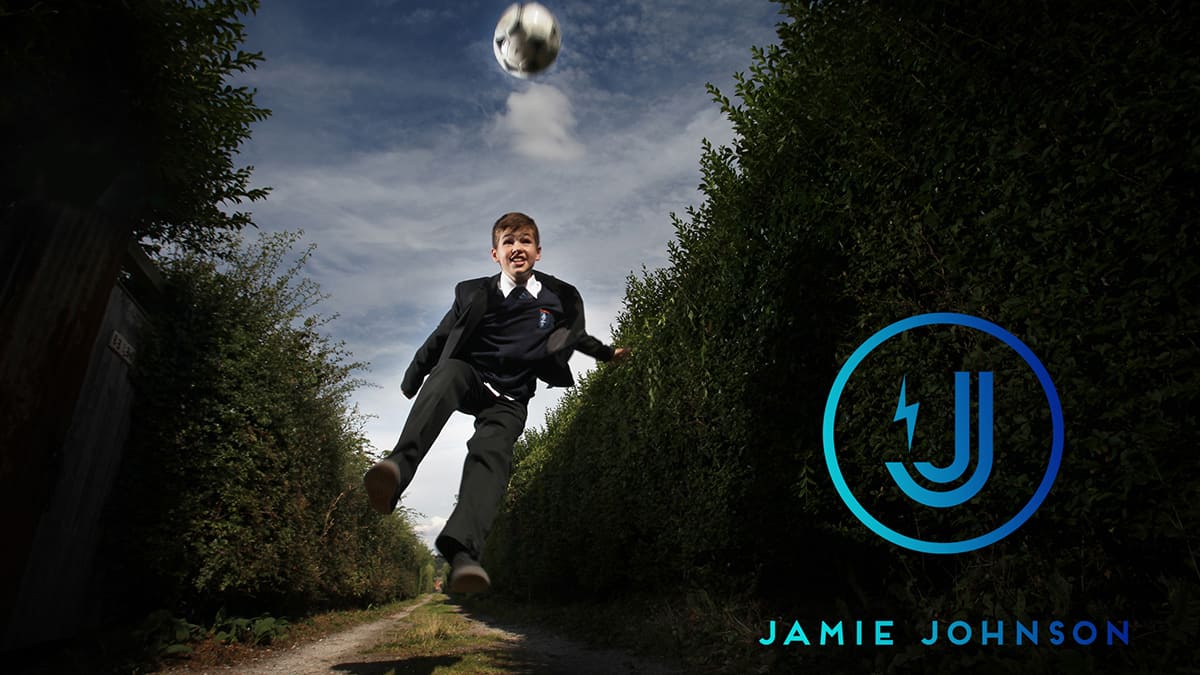 Hi Louis, you play Jamie Johnson on CBBC – tell us about the show!

Louis says: “Jamie loves playing footy, but he has issues at home as his dad has left. He lives with his granddad and then starts at a new school. The show is about him dealing with it all!”

You’ve got skills on camera, but are you good at footy in real life?

Louis says: “I’m all right! I was training at Man. City for a while and played as a striker. I’m a Man. United fan though – awkward!”

So has acting taken over from Football in your life?

Louis says: “No, I still like football. My teacher, Miss Connor, said I should try acting. She told me about the Jamie Johnson auditions and I ended up getting the lead role!”

What did they ask you to do at the auditions?

Louis says: “A few tricks and a few scenes. I wasn’t really nervous,

I’d tell MOTD mag readers to just go for it if they want to try acting – don’t be afraid in front of the camera!”

We hear MOTD men Lineker and Gullit have cameos in the show!

Louis says: “Yeah, I met Gary and Ruud Gullit on the MOTD set – they were nice and both good actors. Ruud was funny and arranged for me to get some pics with the Prem trophy!”

Apparently you’ve met Lionel Messi – how did that happen?

Louis says: “It was me, my dad and brother. We go to most Man. United games and we met Messi in Barcelona. We were in a lift after the match and Messi came in with us! My dad said: ‘you’ve just beat my team!’ to him and Messi just said, ‘Sorry!’ ”

Have you told your mates you’re going to be on telly?

Louis says: “No – I want to see their reaction when it comes out!”

It’s full with awesome group guides to the tournament!

Plus there are FREE giant posters with every issue!