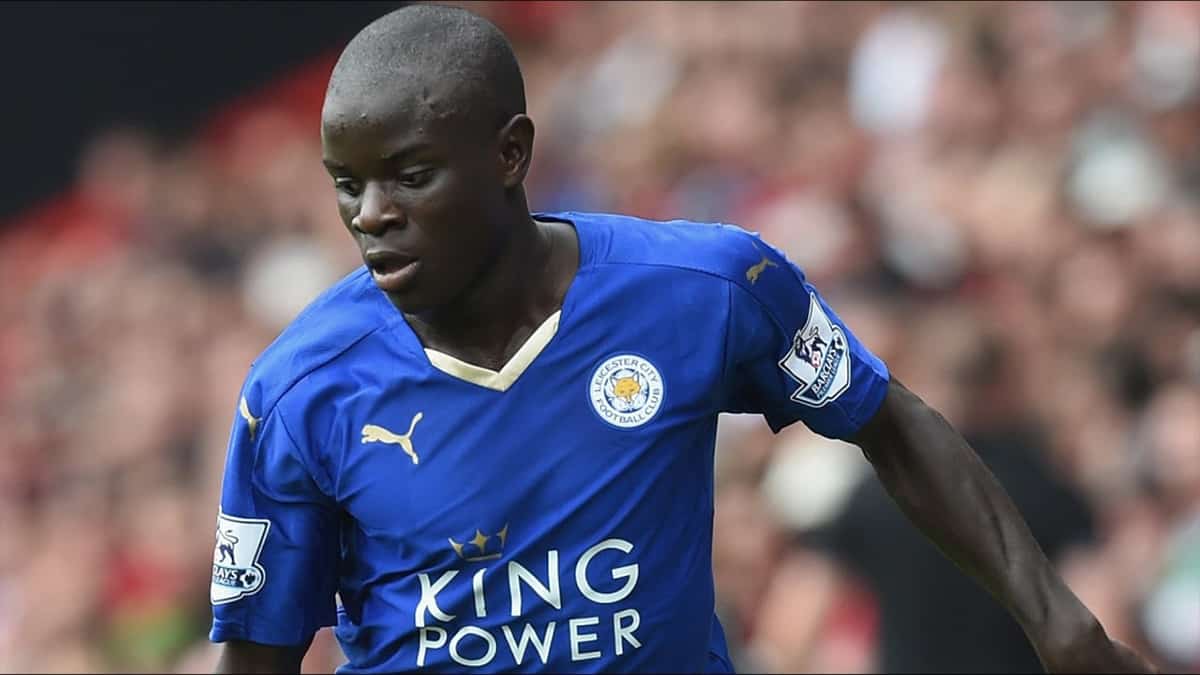 Paz met up with Leicester’s all-action star at the club’s training ground to talk title race, Ronaldo and falling in love with football!

A title challenge must have been a long shot when you signed?

Kante says: “It was always going to be difficult to imagine ourselves being above great teams like the two Manchester clubs, Arsenal and Chelsea. No-one knows if we will win it – but we believe and we’re fighting hard to make it happen!”

Next season Ronaldo and Messi could be coming to Leicester!

Kante says: “Ha-ha! There’s still a long way to go, but it would be fantastic to play against those guys in the Champions League next season!”

Which Premier League strikers have impressed you so far?

Kante says: “There are a lot of very good strikers here in England. Players like Sergio Aguero, Romelu Lukaku, Olivier Giroud – and I like Divock Origi at Liverpool as well!”

And what about your midfield rivals – how do they measure up?

Kante says: “Again, there are some great midfielders in the Premier League. Yaya Toure, Ross Barkley, Santi Carzorla and Emre Can have all really impressed me!”

What was an 11-year-old N’Golo Kante like as a player?

Kante says: “I’m similar now to how I used to be – I’ve always known how to defend and I used to attack a bit like I do now. But I was a little quicker – maybe I’ve lost a bit of pace. Ha-ha!”

Which footy superstar did you pretend to be in the playground?

Kante says: “My first footy shirt had the name Ronaldo on the back – the Brazilian Ronaldo. I’ve always liked him. Unfortunately, I never scored as many goals as he did!”

And finally, how can our readers become the next N’Golo Kante?

Kante says: “They need to love the game. I loved it so much I played all the time. I played before school, at school, after school, then I’d go to my club and train or play a match, and after that I’d have another kick about with my friends until it got too dark!”

Did you know? Kante has made 79 tackles so far this season – more than any other player in the Premier League!

The focus in this issue is the race for the Premier League title!

Find out who the number 1 striker in the world is and there’s a look forward to the MLS kicking off!

Plus! This week’s issue has 13 free posters!

Playing: into the unknown by dcappella