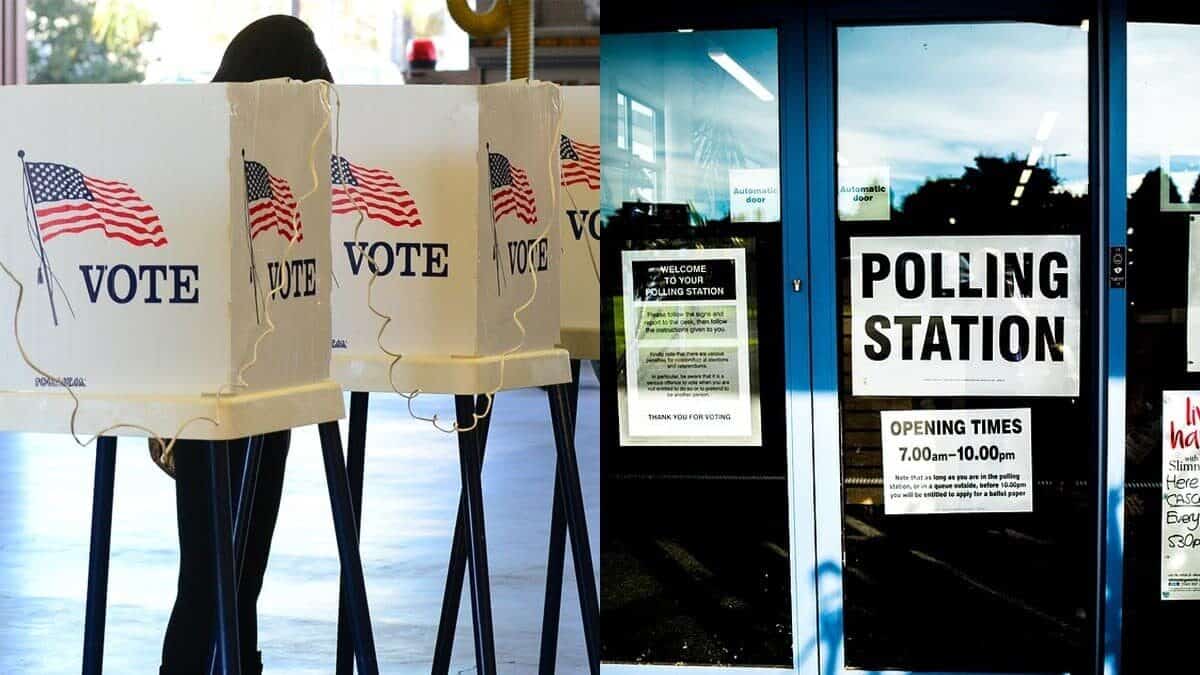 In the US and the UK, elections are a chance for the people to have their say about who they want to run the country. Who gets to vote and why do elections take place on a specific day?

There are always elections going on in the US. Local elections, state elections… but the biggest of them all is the presidential election.

Presidential elections take place every four years. They’re held in November. November was chosen because America used to be a big farming country and November was the quietest month out on the fields.

Voting is always on the Tuesday after the first Monday in the month – which means it’ll never be on November 1st. This was so the election day didn’t clash with All Saints Day. Plus, being on a Tuesday meant that people living out in the country would have time to travel to the city the day before the vote, and therefore not have to move around on a Sunday!

In the UK, general elections are where grown-ups vote for who they want to be their Member of Parliament. General Elections take place every five years and are usually held in May on the first Thursday of the month.

The election process in the UK is pretty quick. Campaigning only takes about six weeks. Whereas in the US, it goes on for ages – over eighteen months! There are a lot of states to cover after all and first you have to select the candidates!

When the Prime Minister gets elected they take over straight away. Whereas in the US, there’s about two months for the President-elect to wait. They hold something called an inauguration ceremony, a big event where the new President is officially unveiled, but that doesn’t take place till the end of January.

There’s no limit on how long the Prime Minister can be in charge – they can stand for election as many times as they like. Whereas in the US, it’s a maximum of eight years (generally two terms) and then your time is up!

There are a few differences between the US and the UK but both systems are designed to be as fair as possible for everyone.

Next page: US Cabinet vs. UK Cabinet

Playing: all for you by dean lewis