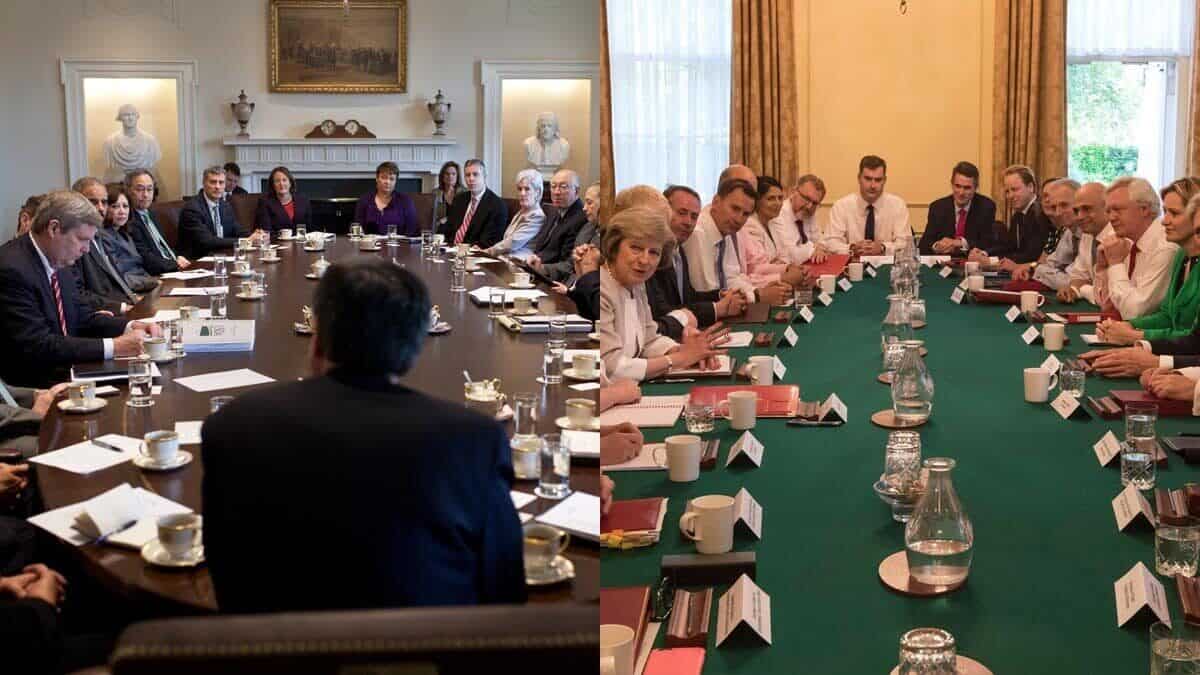 The President isn’t alone in the White House and neither is the Prime Minister in Downing Street. Both leaders have lots of people around them helping to make the big decisions.

The Cabinet of the United States is a group of people who advise the President on all the different areas to do with the job. Not just anyone gets to be in it though – it’s a pretty exclusive club.

The President’s Cabinet is formed of the Vice President and the heads of the 15 executive departments – from education and energy to health and housing. They let the President know what’s going on in each area and what needs to be done next. They might be members of the same political party as the President – or from the other side. He wants the best to advise him!

The Cabinet of the United Kingdom is the Prime Minister’s top team of MPs. The Prime Minister picks the Cabinet from their own party’s Members of Parliament. The people in the Cabinet are called Ministers. They’re each given an area to look after and have to make sure everything’s running smoothly.

In the US, the heads of the executive departments are chosen for the job because they’re experts in that area… but in the British Cabinet, the Ministers don’t always know much about the area they’re assigned to. So instead, they have special advisors to help them out.

The size of the American Cabinet is always fixed. It’s one Vice President plus 15 heads – so 16 people in total. Whereas the size of the British Cabinet varies depending on what the PM wants!

The President can pick anyone they like to be in the Cabinet, as long as they get approved. However, importantly, they can’t be member of Congress – the American version of Parliament! But in the UK, they have to be part of Parliament. If they’re not already, then they have to be made a peer – a member of the House of Lords – before they can join.

The US Cabinet meets whenever it needs to whereas the British Cabinet always meets once a week. The President doesn’t attend Cabinet whereas the Prime Minister themselves leads Cabinet meetings in Downing Street.