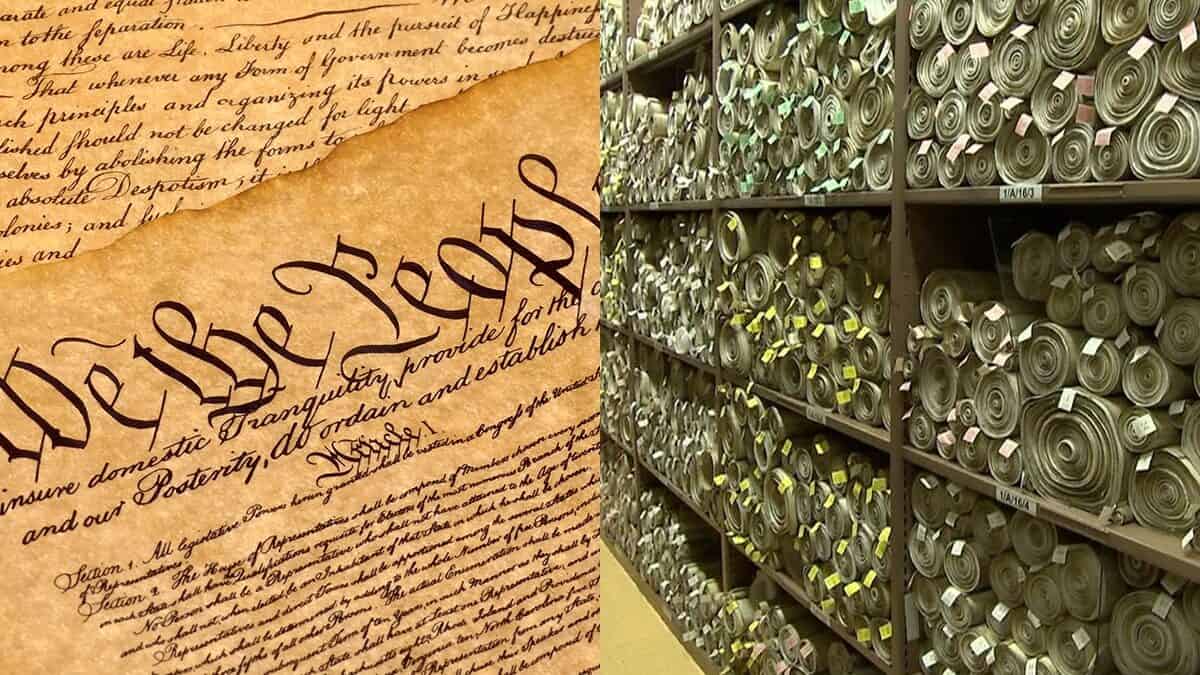 The American constitution is the most important document in the United States. What is the constitution and who wrote it – and why doesn’t the UK have one too?

The US Constitution is a document that sets out the rights of the American people – and what the government should do to protect them. It’s basically the set of rules that everybody lives by in the United States.

How did it come about? Well, back in the 1700s, the founding fathers of the US were deciding how the country should be run. A big meeting was held in Philadelphia – the Constitutional Convention – where people from all across America were invited to come along and share their ideas.

These founding fathers wanted to create a government that would have enough power to do things. But it couldn’t be too powerful either. They were worried that if just one person had all the power, then bad things could happen and there would be no way to stop them. So they decided to split the power between three different groups.

First, there’s the executive. The President is at the top of this. The President leads the government and is the Commander in Chief of the US military.

Next, there’s the legislative. Congress is at the top of this branch. Its job is to make laws.

Finally, there’s the judicial branch. The Supreme Court is the supremo here. It looks at the laws and decides whether or not they fit with what’s written in the Constitution.

Between them, there’s a system of checks and balances. That basically means that all three groups keep an eye on each other and make sure they’re not doing anything that they shouldn’t be.

It sounds like a great idea so why doesn’t the UK have a constitution? Well, actually it does have one… it’s just a bit harder to track down.

You can find the British constitution in lots of places. You see, the British constitution isn’t one complete document, like in the US. There are lots of old books that say what the government is supposed to do and what the rights of the people are, like the Magna Carta which was written in 1215. You can find them in places like the British Library – the largest library in the world, with over 170 million items. There are also copies of all the laws that have ever been made in the UK – but none of these have ever been brought together into one paper.

Think of it like if you wanted to see all the homework you’ve done so far this year. It’s all there on your computer but it might be in different folders and in different forms – word documents, PowerPoints, posters… and that’s the same with the British constitution.

It’s because Britain has been in a pretty stable position for hundreds of years and so things have just… well, gradually evolved. In other countries, there’s usually been a big change and the leaders have decided to start from scratch and write down how they want the new country to work in a constitution – just like in the US!

Next page: Making laws in the US and UK